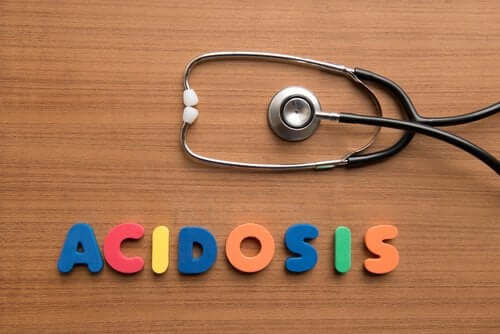 Proximal renal tubular acidosis is caused by the loss of too much of the body’s bicarbonate. Also, the kidneys don’t eliminate enough of the body’s acid.

The symptoms of this condition depend on the underlying disease or condition. This condition causes fast breathing, lethargy, or confusion. In addition, it can lead to shock and even death.

It manifests initially as very alkaline urine due to the unabsorbed bicarbonate. Also, it causes stunted growth and a reduction in bone mineral density.

In some cases, hypokalemia may manifest and, occasionally, some symptoms of periodic paralysis may also manifest. However, rickets and osteomalacia are due to vitamin D deficiency and lack of phosphate reabsorption.

It can also manifest in cases of aspirin or ethylene glycol poisoning, or methanol toxicity. In addition, severe dehydration can lead to this condition.

People can acquire or inherit the condition either recessively (in most cases) or dominantly. Acquired renal acidosis is caused by a mutation in the SLC4A4 gene.

However, dominant acidosis is due to mutations in a gene that hasn’t been identified yet. As the proximal tubule reabsorbs approximately 80% of the filtered bicarbonate load, a defect in it leads to a loss of bicarbonate.

Some drugs can be responsible for the development of acquired proximal renal tubular acidosis.

To diagnose the disease, a medical professional has to prove the lack of bicarbonate reabsorption. A bicarbonate titration test confirms a diagnosis of proximal renal tubular acidosis.

In the assessment test, an exaggerated increase in urinary bicarbonate excretion and urine pH as plasma bicarbonate rises above the renal threshold.

Also, the medical professional should exclude other inherited proximal tubulopathies, such as oculocerebrorenal syndrome, Dent disease, and glycogen storage disease due to GLUT2 deficiency.

Regarding blood tests, the doctor may request an arterial blood gas test and an electrolyte panel test to confirm renal hyperchloremic acidosis.

Furthermore, they can request a comprehensive metabolic panel test, consisting of a group of blood tests that measure sodium and potassium levels, as well as the levels of other chemicals. In turn, they will measure the urine’s pH levels, urine and blood ketone levels, and lactic acid levels.

This set of tests may also help determine whether the cause of the acidosis is a respiratory condition or a metabolic problem.

You may also be interested in: The 10 Best Home Remedies to Get Rid of Kidney Stones

To carry out this treatment, doctors need large amounts of bicarbonate to normalize serum bicarbonate.

It’s also important to monitor plasma potassium, which is why a mixture of sodium and potassium bicarbonate salts can be necessary in some cases.

Normally, drug-induced proximal renal acidosis is reversible by the cessation of the drug. With proper treatment, the prognosis for this condition is good.

Why You Should Use Parsley to Cleanse Your Kidneys
Parsley is packed with nutrients that we need to maintain good health. Here, we'll tell you about the wonderful effects parsley has on your kidneys. Read more »
Link copied!
Interesting Articles
Illnesses
Can Celiac Disease Cause Infertility?