The Causes and Consequences of Photoaging

Photoaging is the result of exposure to the sun's rays without precautions. If you're going to expose yourself to the sun, use a good broad-spectrum sunscreen and wear appropriate clothing. 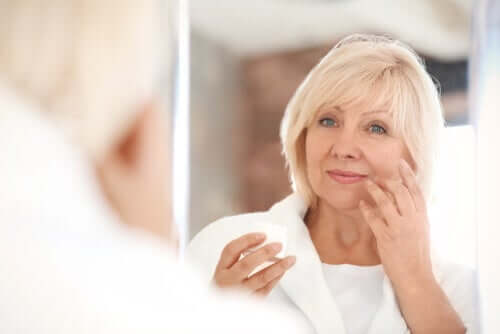 Photoaging refers to the deterioration of the skin due to the action of the sun, resulting in signs of skin aging. According to estimates, between 75 and 90% of wrinkles and lack of skin elasticity are the result of the sun and not of chronological aging. Therefore, it’s important to be aware of the causes and consequences of photoaging.

Exposure to UVA and UVB ultraviolet rays is the determining factor in the appearance of premature signs of aging. Experts believe that photoaging begins to manifest itself around the age of 20 and that the damage is directly proportional to the time of unprotected exposure to the sun.

We now know that photoaging is a long-term process. According to experts, excesses committed at the age of 15, for example, only reveal their effects when a person reaches the age of 40. Several years of sun exposure lead to this form of deterioration.

Aging is influenced by internal and external factors:

After the age of 25, the regenerative capacity of skin cells decreases. This leads to a gradual loss of skin elasticity and the appearance of wrinkles, mainly on the face. If there’s improper exposure to the sun and sunlight, these symptoms increase. This is called photoaging.

Photoaging is caused by the action of UV radiation on the skin. Basically, there are two types of UV rays:

Exposure to UV rays causes collagen to degrade. Collagen molecules break down and cause an abnormal accumulation of elastin. Faced with this accumulation, the dermis responds by producing a large number of enzymes called matrix metalloproteinase (MMP).

The result is a deformation of the collagen fibers. These begin to take on a disorganized appearance and, over time, form furrows or wrinkles. After some time, the skin takes on a parchment-like texture. There’s roughness, dryness, and, many times, changes in skin pigment.

How to avoid the consequences of photoaging

The best measure to avoid the consequences of photoaging is to prevent it in the first place. And the best way to do this is to use a broad-spectrum sunscreen daily. Broad-spectrum means that it protects against both UVB and UVA rays. Ideally, they should have a sun protection factor (SPF) of 30 or higher.

You may be interested in: Myths and Interesting Facts about Sunscreen

It’s important to emphasize the fact that sunscreen should be used daily, regardless of the season of the year. Even if the day is cloudy, ultraviolet rays are present. So it’s not enough to protect the skin only in summer, or in sunny weather.

The best sunscreens are those containing Helioplex and Mexoryl. These substances make the effect more prolonged and frequent reapplication isn’t necessary. If signs of photoaging have already appeared, it’s best to use creams or serums containing retinoids.

Another way to prevent photoaging is to include antioxidant foods in your diet. Some of them are citrus fruits, fresh vegetables, peppers, carrots, celery, and lettuce, among others. These all help combat the effect of ultraviolet rays.

The World Health Organization has pointed out that the best protection against the sun is not to expose oneself directly to it, especially during the hours of greatest intensity. It even points out that even more than sunscreen, the best thing to do is to wear protective clothing such as wide-brimmed hats, closed sunglasses, etc.

9 Ways to Treat Sunburns
Both external and internal hydration is important to speed up the recovery of a sunburn, it soothes your irritated tissues and promote skin repair. Read more »
Link copied!
Interesting Articles
Beauty
How to Prevent Skin Irritation