Cancerous Cells: All You Need to Know

Cancerous cells present mutations in their DNA--changes that alter the genetic material present in each one of them. This occurs for various reasons, including hereditary factors, bad habits, or exposure to toxic substances. 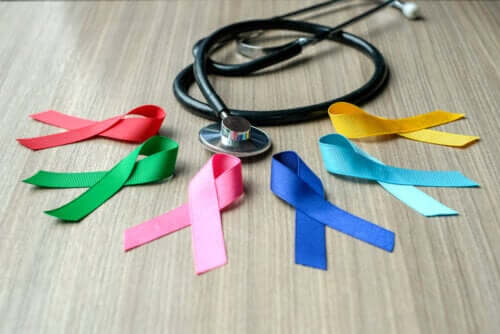 To date, scientists have identified more than 100 types of cancer. This pathology affects all mammals, except a rodent called the naked mole-rat. Early detection of the disease significantly improves prognosis. That’s why researchers are focusing their efforts on tracking and screening campaigns for the most frequent forms of cancerous cells according to age.

Cancer is a process by which normal cells undergo changes called mutations. As a result, they begin to reproduce in an uncontrolled manner. This occurs because of a genetic predisposition, but also because of the lifestyle and the environment to which we’re exposed.

For the body to function properly there must be a balance between the birth and death of cells. The body has mechanisms to guarantee this balance, but when they fail, this indiscriminate cellular reproduction occurs, giving rise to neoplasms.

Categorization of cancer according to the type of cancerous cells

Depending on the cells in which cancer originates, there are five classifications for this disease:

Discover: Nutritious Food Choices When You Have Leukemia

The differences between normal cells and cancerous cells

There are many differences between normal cells and cancer cells. The first of these is that normal cells stop reproducing when their number is sufficient to perform their corresponding function. Cancer cells, on the other hand, remain uncontrolled.

Other relevant differences are linked to cellular interaction. Cancerous cells don’t respond to the signals that other tissues send, while normal cells do.

On the other hand, when normal cells are damaged or age, what happens is that they repair themselves or die. This is the correct evolution for the proper functioning and maintenance of functions. Cancerous cells, however, don’t do this. This explains, in part, the irregular appearance and the increase in the size of the nucleus.

When it comes to adhesion, normal cells secrete substances that allow them to join another cell group. Cancer cells don’t do this, but rather travel throughout the body causing metastasis – that is, forming new tumor sites near or far from the area of origin.

What, then, are tumors?

Tumors are, therefore, masses that form due to the uncontrolled multiplication of a group of cells from any tissue in the body. Not every tumor is an automatic indication of cancer, so it’s important to make a distinction.

What are the stages of cancer?

The process of cancer disease goes from when the cancer cells form until cancer reaches its terminal stage. This can take months, years, or even decades. The evolution isn’t always the same and the factors that are involved are countless.

The stages of cancer are as follows:

What are the most common treatments?

There are several types of treatments for cancer and most commonly they’re used in combination. The medical team assesses which is the best option, depending on each case and protocols in place. Each country has developed, in general terms, guidelines for the therapeutic approach to cancer to establish the appropriate protocols.

Doctors perform surgery to remove solid tumors. It’s usually not enough to remove microscopic lesions that may be around the primary lesion. That’s why it’s common for specialists to combine surgery with chemotherapy or radiotherapy.

This is a treatment that uses drugs or chemicals to destroy cancerous cells. What it does is prevent such tumors from growing and reproducing. However, it can also damage healthy cells.

Radiation therapy is a procedure that uses x-rays or other particles to kill cancer cells. It also helps to shrink tumors.

A healthy lifestyle is the best way to prevent cancer. There are very simple measures that are effective in preventing this dangerous disease from developing. It’s best to follow these general guidelines:

In conclusion, cancer changes the lives of those who have it and those around them. Therefore, the importance of prevention through self-care, expressed in a healthy lifestyle, can never be overemphasized.

Today science offers many opportunities to detect this disease in time and treat it with a high probability of success. After having suffered from cancer, one must also be careful, since the possibility of its reappearance exists, especially in the context of chronic pathologies.

Cancer Survival Rate and How It’s Calculated
"What is my chance of surviving this cancer?" One of the tools that we can use to answer this questions from patients with is the cancer survival rate. Read more »
Link copied!
Interesting Articles
Illnesses
Everything You Should Know about Hypochondriasis