What is Broken Heart Syndrome?

Broken heart syndrome is more common in post-menopausal women, non-smokers, and those whose cholesterol, stress, and sugar levels are normal. It’s triggered by an intense emotional impact 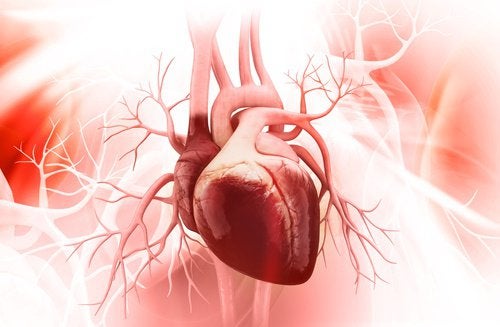 Experts poorly understood many of the symptoms until recently. Now they realized that it’s a heart condition related to emotions. It’s also known as takotsubo cardiomyopathy, and in 85% of cases it is triggered by an emotional event or a situation of high stress.

What is broken heart syndrome?

The heart suffers a reaction which occurs minutes or hours after an emotional trauma.

Broken heart condition is especially common among women. But, it’s not life-threatening. Nevertheless, it may require spending a few days in intensive care.

Most patients usually recover, however.

Broken heart syndrome is a “warning sign”. It is your hearts response to your emotions and psychological pressures of your surroundings, letting you know that something is not going well.

In today’s article, we want to share three facts so you’ll learn everything about what broken heart syndrome really is.

The symptoms usually include:

The coronary arteries of these patients are healthy and show no anomalies. This is already one of the first clues that differentiate this syndrome from a heart attack.

It’s important to keep in mind that even the ER doctors themselves often find it difficult to make a correct clinical diagnosis. Therefore, the most common response is to admit the patient to intensive care for continuous monitoring.

Cardiologists, on the other hand, say that a definitive way to diagnose broken heart syndrome is through an X-ray image.

This is because the left ventricle shows a small anomaly during broken heart syndrome.

What really is broken heart syndrome?

Experts first diagnosed the disorder in Japan. Hence, it is named after a type of fishing equipment: the Tako-Tsubo, which is curved with a narrow neck.

The heart of a patient suffering from this disorder temporarily has a similar shape.

The cause of this phenomenon in the body may be in response to the following:

We recommend reading the dangers of repressed emotions

The incidence rates in men rarely exceed 10%. That’s why it’s important to keep the following in mind:

Although it sounds easy to say and hard to apply, it’s important to keep your emotions from overwhelming you to the point that you lose control.

That is when your brain responds negatively and causes a dangerous release of catecholamines that can directly affect your heart.

“Broken Heart Syndrome,” or Takotsubo Cardiomyopathy
In today’s article we invite you to learn more about broken heart syndrome, both for your health and peace-of-mind reasons. Read more »
Link copied!
Interesting Articles
Illnesses
All About Uvulitis and Why it Can Occur