Breast cancer is one of the most common types of cancer found in women. It actually also affects men on a smaller scale, but it is the second leading cause of death in women. 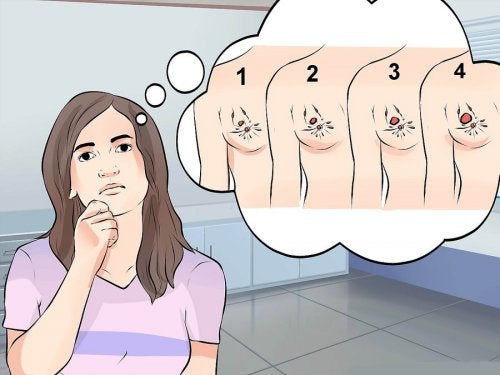 Breast cancer is a chronic illness that occurs when the mammary cell tissues start to change and grow uncontrollably.
These cells continue forming a conglomerate of cells known as a tumor, which can be benign or malignant depending on the way it develops.
If the cells continue growing and are able to spread to other parts of the body, it’s a malignant tumor.

Breast cancer can develop through an invasive or non-invasive form. If the cancer is invasive, it spreads to the adjacent tissue while the non-invasive form of cancer only develops in the milk ducts and lobules.

Knowing that the breast zone is where the tumors form, we can distinguish the following types of breast cancer:

Ductal carcinoma is the most frequent type of breast cancer.

It starts in the cells that cover the insides of the milk ducts. If it only develops in the duct, it’s ductal carinoma in situ (DCIS). On the other hand, if the cancer spreads outside of the duct, it’s called invasive ductal carcinoma.

Lobular carcinoma is a type of cancer that develops in the mammary lobules.

In some cases, though they are infrequent in comparison to ductal and lobular carcinoma, breast cancers can also be: medullary, mucinous, tubular, metaplastic or papillary breast cancer.

Typically, a high number of breast cancer cases are a result of gene mutations that happen after birth. Hereditary factors are less frequent, but they can occur when genetic changes are passed down in a family from one generation to the next.

Aside from family history, it’s important to highlight that the risk of getting breast cancer increases after reaching the age of 50. This is especially true if there’s a family history of ovarian cancer or late menopause.

Other risk factors are:

In the majority of cases, breast cancer doesn’t show obvious symptoms in its initial stages.

In light of this, it’s crucial to regularly check your breasts at home (self-check) as well as with a healthcare professional. As the cancer develops further, symptoms can include:

In cases of male breast cancer, the cancer can cause pain and sensitivity in the breasts in addition to lump formations.

The symptoms of an advanced cancer include:

Diagnosing breast cancer starts with a physical exam. Then, it continues to an examination of both breasts, the underarm area, the neck and the thorax.

Women should perform a breast exam at home every month in order to detect any possible anomalies.

If there are any reasons to suspect the illness or if the patient shows important risk factors, a medical specialist can preform a series of tests that help confirm the cancer.

The treatment for breast cancer takes several factors into consideration, such as: the type of cancer, the stage of the cancer, the sensitivity to certain hormones and if the cancer produces an excess of a protein called HER2/neu.

Several of the most important treatments are:

After receiving the treatment best suited for their cases, some women continue on medication for some period of time. No matter what, all patients should follow medical guidelines for undergoing the relevant tests for monitoring cancer relapse or growth of a different kind of breast cancer.