It's incredibly important that we continue to promote health education and make sure everyone is aware of the risks involved in this terrible practice, which still continues today. 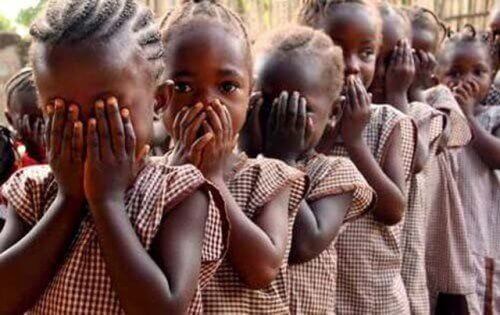 Female genital mutilation of the clitoris, or “female circumcision” as it is known in many countries, is a practice that involves the partial or complete removal of tissue from the female genital organs, particularly the clitoris.

Many cultures, especially those of indigenous African decent, have continued this horrifying practice since ancient times as part of their beliefs and customs. But in recent years and with the support of the World Health Organization, many countries and indigenous groups have ceased to do it because of the tremendous risks that it poses to girls who are subjected to this painful procedure.

On June 9, 2015, Nigeria celebrated a historical new beginning and an end to this centuries-old practice. It became the 23rd African nation to ban the practice of genital mutilation in girls.

This is a tremendously important moment for the fight against female genital mutilation. Nigeria is the most populous country in Africa, with an estimated female population of over 20 million.

It is critical to completely eradicate this abhorrent practice. Sadly, it still exists in 29 countries in Africa and Asia.

What is female genital mutilation?

Girls that have to endure female genital mutilation are between 8 and 14. They are accompanied by their mothers to an old and dark room where hygienic surgical conditions are nonexistent. There, a woman (the surgeon) waits to perform this traumatic procedure in under 15 minutes using knives.

See also: The Sad Story of a Woman Exhibited for Her Large Buttocks

Often in darkness, she checks the girl’s genitals almost blindly. Using a knife or another sharp object, she proceeds to cut away part or all of the child’s clitoris, labia minor, and labia major.

Under such conditions, without anesthesia and proper sanitation, the child screams and cries because of the terrible agony it causes. Meanwhile, outside, her family celebrates the fact that the girl is now ready to become a woman.

After this “procedure,” the search begins for a husband who will give the family a good endowment in exchange for his new “woman.” This all depends, of course, on whether the girl survives the dangers of this mutilation.

Many girls die from bleeding or shock due to the severe pain and trauma. Others, meanwhile, succumb to serious infections that result from a surgical procedure performed outside hygienic conditions.

Because of this, the World Health Organization officially labeled the practice female genital mutilation. It lacks basic sanitary measures and is usually performed with the intention of depriving the woman of sexual pleasure for the remainder of her life.

As if that weren’t enough, it has been shown that female genital mutilation can lead to serious complications for girls and women. Some of these are continued bleeding, urinary problems, cysts, infections, infertility, and difficulties in childbirth.

It is estimated that worldwide, four girls under the age of 15 suffer genital mutilation every minute. According to non-governmental organizations, there are 137 million women who have undergone this horrific procedure.

Perhaps the most shocking piece of information is that as long as 29 countries in Africa and Asia continue to permit this practice. Some 86 million additional girls could experience genital mutilation by the year 2030.

Even in countries that have banned the practice by law, they have struggled to completely eradicate it. In spite of it being illegal, some cultures resist the change.

Fortunately, the ongoing work of NGOs and major global health organizations has been met with success. The recent decision in Nigeria is a clear example of this. Therefore, it is critical to continue to promote health education. Let’s talk about the risks that this terrible procedure poses to girls and women worldwide.

It’s important to allow indigenous cultures and traditions to persevere. But it is also essential that we raise awareness and change the mentality surrounding this practice that has claimed thousands of lives and still causes much suffering today.

Incredible News: Africa says NO to Female Genital Mutilation
The main problem of female genital mutilation is the lack of awareness, because many people still consider this to be a necessary practice. Read more »