Brain metastases usually occur by hematogenous dissemination. That is because the cancer cells of the primary tumor go into the blood and reach the brain where they spread. 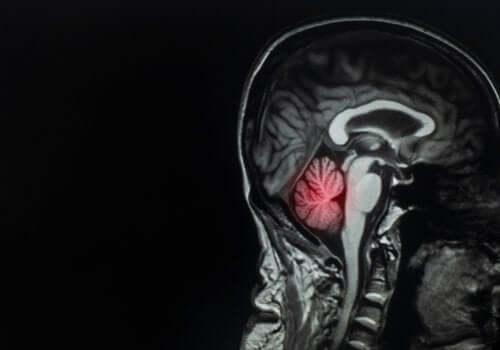 Brain metastases are the most frequent kinds of brain tumors and they’re quite a challenge for doctors. In fact, they constitute about 90% of the total brain tumor cases.

Estimates indicate that between 10 and 40% of cancer patients have brain metastases. This is because their incidence is increasing, given the higher average survival of cancer patients, thanks to modern therapies.

Tumors have a different ability to metastasize in the brain and the ability to penetrate the blood-brain barrier, given that they use it to cover and protect the brain.

Metastasis is a characteristic that all cancer cells possess, which consists in the ability to invade both neighboring and distant tissues of the first tumor. That is, cancer cells can migrate to other parts of the body and cause another tumor.

The clinical metastasis of the brain varies and depends on the affected area, as well as the associated risks of seizure.

Brain metastases usually occur by hematogenous dissemination. That is because the cancer cells of the primary tumor go into the blood, reach the brain, and spread.

In this regard, it’s interesting to note that the distribution of brain metastases is proportional to the blood flow of the area in question. It’s located according to the following percentages:

The first step for the cells to spread through the brain is to invade the arterial wall at the level of the first primary tumor. This way some cancer cells can shed and enter the bloodstream.

Then, the cell or cells that made it into the blood have to be able to adhere to the vessels of the brain by trespassing the blood-brain barrier.

The blood-brain barrier and the absence of a lymphatic system give the brain significant protection against the entry of many drugs and microorganisms, but, eventually, it isn’t able to prevent the entry of certain cells.

Discover: Check Out The Best Herbs and Spices for Your Brain

How does the blood-brain barrier cross the neoplastic cells?

The mechanisms used by neoplastic cells to cross the blood-brain barrier are worthy of studying. However, it’s already been shown that there are at least two mechanisms:

What happens after crossing the blood-brain barrier?

Once they’re inside the brain, the cells pass to the microvasculature of the brain and from there they are extravasated i.e. they head towards the tissue.

Survival and proliferation from that moment on are dependent on the ability to maintain an adequate supply of oxygen and nutrients, which explains why these malignant cells stay very close to the blood vessels.

Read also: First Signs of Cancer That 90% of People Ignore

Regarding the specific treatment of brain metastasis, we can mention the following options:

Brain metastases constitute about 90% of the total cases of brain cancer. So, it’s essential to establish a diagnosis as early as possible in order to try to stop the progression of the disease.

There are currently many different treatments and their prognosis continuously improves. However, brain metastasis is a very aggressive cancer and there’s still much to investigate in this area.