Bipolar I disorder (pronounced "bipolar one") is a mental illness where the patients show behaviors and habits that affect their quality of life. 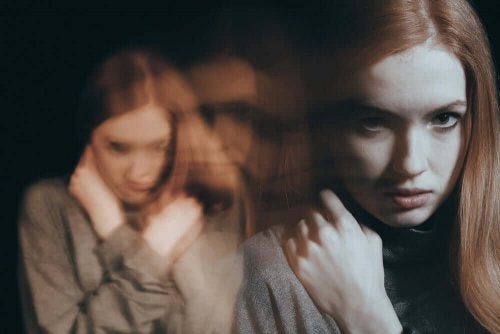 Bipolar I disorder, also known as manic depression, is the most extreme form of manic-depressive disorder, whose main characteristic is the appearance of manic or mixed episodes, alternated with at least one episode of major depression.

Patients affected by this mental illness have had at least one manic episode in their life. During this emotional state they feel euphoric and full of energy, with abnormal behavior that can interrupt their daily life.

Often, the first manic episode is preceded by one or more episodes of major depression. These intense moods considerably affect quality of life, since they interfere with personal relationships and, many times, lead to suicide attempts.

However, between the manic and depressive episodes, many people with bipolar I disorder can live a normal life. Additionally, you can keep the symptoms under control by following a plan that includes medication and psychological therapy.

Causes of bipolar I disorder

The exact cause of bipolar I disorder is unknown, but it seems to be related to genetic, biological, and environmental factors. A person is more at risk of suffering this mental illness if they:

Symptoms of bipolar I disorder

To know that it’s bipolar I disorder and not another mental illness, the person should have had at least one manic episode, preceded by a hypomanic or major depressive episode. Occasionally, mania can cause a disconnect from reality or psychosis.

Symptoms of a manic episode

Frequently, mania or a manic episode, is characterized by an excessively happy or overexcited mood. The symptoms are similar to those of hypomania, but they are more intense and usually cause problems in social and work activities. The most common symptoms are:

Symptoms of a major depressive episode

Symptoms of depression can appear shortly after the manic episode. However, sometimes it takes weeks or months to appear. To be considered a major depressive episode, the symptoms should be sufficiently severe to cause clear difficulties in daily activities. These symptoms include:

The first steps for a diagnosis of bipolar I disorder include physical and clinical analyses to identify if there’s a medical problem that could be causing the symptoms. Then, after some questions, the doctor might suggest:

Treatment for bipolar I disorder

For proper management of bipolar I disorder you need supervision from a specialist in mental illnesses (psychiatrist). This professional is then able to design a program with proper controls for each case.

It’s likely that the treatment team will also have psychologists, social workers, and psychiatric nurses. The medication and psychotherapy are focused on controlling the symptoms and lessening the episodes.

In order to control the manic and depressive episodes of bipolar I disorder, you need medication like mood stabilizers, antipsychotics, antidepressants and hypnotic sedatives like benzodiazepines.

Psychotherapy is an essential part of the treatment of bipolar I disorder. It can either be done individually, as a family, or in a group. Although the main objective is to help control your mood, it also helps to stabilize your daily routine.

Treatment for bipolar I disorder should be continuous, even at times when there are no symptoms. You should take the medication for life, or until the psychiatrist tells you. Likewise, it helps if you adopt healthy habits.

Furthermore, having a routine for sleeping, eating, and physical activity can help to control your mood. It’s also important to stay away from alcoholic drinks and recreational drugs.

Four Ways Depression Affects Your Brain
Many things change as a result of depression. Although you might not notice it, there are different ways depression affects your brain. The changes your body goes through are because of chemical imbalances. Read more »
Link copied!
Interesting Articles
Illnesses
Causes, Symptoms, and Treatment for Gelastic Epilepsy