Many people believe false information like these harmful myths about bipolar disorder that have nothing to do with reality. Here you'll learn the truth about this disease and find out how it affects the body and mind. 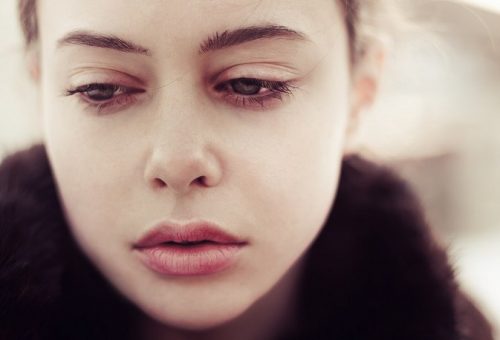 Bipolar disorder is characterized by sudden, abrupt mood changes for no apparent reason.

However, this isn’t a complete definition. There are widespread myths about the disorder that should be discussed and then thrown out.

Sometimes, we use the word “bipolar” incorrectly and thoughtlessly. Maybe these expressions will sound familiar: “Your friend seems bipolar,” “Why are you like that? You’re so bipolar.”

Not only are these harmful to people who really suffer from this disease, but also they represent complete myths.

Today, we want to break some of these myths.

Five of the Biggest Myths About Bipolar Disorder

1. It Only Affects People’s Mood

When we say things like the above, we’re referring to emotions because we think that this disorder is just about emotions.

But this is a big mistake and one of the main myths about bipolar disorder. A person with this disorder also experiences the following:

This is certainly false. People receiving treatment for their bipolar disorder can indeed have a normal life.

Does the singer Demi Lovato sound familiar? This celebrity was diagnosed with this illness, as have been many other celebrities and artists.

The problem with the disorder is that it’s not just an unexplained explosion at certain times or a sudden drop at others.

For people with bipolar disorder, the hardest thing is finding the center and a balance. For them, life is either black or white and rarely ever gray.

Find out: Symptoms of Depression, the Invisible Disease

We’d be lying if we said a person with this disease doesn’t need help. For its sufferer, it’s very complicated to get balanced without it. It’s always best to seek the help of an expert.

However, being aware of the problem, practicing yoga and other mindfulness exercises, as well as doing other activities that can make the mind more adaptable and under control, can be a big help.

Many people think bipolar disorder is just like the mood changes that someone goes through when, for example, a loved one dies or he/she did badly on a test.

But they’re very different. Mood changes in bipolar disorder sufferers seriously interfere with their lives and their abilities if such mood swings are severe and it’s not being treated. Besides, they keep recurring and may come on without any apparent reason.

Likewise, during depressive episodes, those not undergoing treatment for their bipolar disorder lower their chance of leading a normal life.

For example, they may lose their jobs because they just can’t get out of bed and to work on time no matter how much they try. This is all because they wake up extremely sad or in low spirits that affect them physically.

We have to be careful with this myth. It’s true that people with bipolar disorder often don’t look to commit suicide but seek to control their emotions through different self-harm practices.

However, a great majority of them feel the need to go further than that to try to put an end to the emotional whirlwind that they experience.

Self-harm is often just a way to distract themselves and get the control they need. But sometimes, it gets out of hand.

Therefore, we should be especially careful with this aspect.

5. People with Bipolar Disorder Are Weak

Many people with bipolar disorder may not seek help because of the myth that they’re weak if they aren’t able to control their emotions by themselves.

But having depression, anxiety or any other illness doesn’t make them weaker than others.

In fact, the truth is quite the opposite. People who suffer from this mental illness must often put extra effort into facing every day of their lives and succeeding. This makes them incredibly strong people who just need a little extra help to find a balance.

Bipolar disorder is simply a condition that can be treated so that its sufferers can reach the balance they need.

We must completely remove these myths about bipolar disorder from our minds. These falsehoods keep us from really understanding the disease and being able to help our loved ones who suffer from it.

Believing that its sufferers are crazy or may go crazy isn’t a mature attitude. Instead, we need to be prepared to understand and help them.

The Most Common Mental Illnesses
When we talk about mental illnesses, we refer to imbalances that manifest as alterations in behavior, reasoning, or recognition of reality. Read more »
Link copied!
Interesting Articles
Beauty
The Causes and Consequences of Photoaging