When you’re angry, you may not have full control over what you’re saying. It’s best stay quiet during the storm before discussing how you feel calmly. 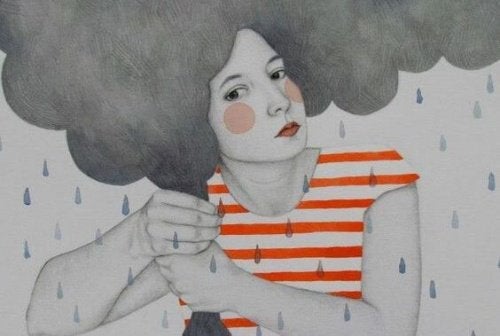 When a storm breaks, the elements of nature collide with one another to display their most aggressive, most chaotic sides, which can sometimes be dangerous. The same applies to human relationships. We too can have emotional crashes and collisions that manifest as arguments, disagreements, and differences. It’s precisely at those points when the ability to stay quiet and calm may be helpful to resolve differences.

When that storm comes, it seems to bring everything together — exhaustion, anger, and misunderstanding. The trigger might even be something casual. Regardless, many people lose their patience to the point of saying things that they will later regret.

It’s not always easy to keep a cool head and a warm heart, but sometimes a storm can bring 10 years of regret. You must learn to remain calm and stay quiet during this time.

When the storm reaches your heart

It’s common to say things like “your heart is broken,” or “your heart was filled with anger.” But where you really feel the pain and shame is in your brain. That’s where the real storm is unleashed.

Let’s look at this issue in more detail.

When opportunity, a trigger, and bad luck collide in the midst of an argument, the first thing your brain perceives is a “threat.”

Your brain identifies these situations as dangerous and triggers an instinctive response by regulating your parasympathetic nervous system. It prepares you to defend yourself and also to escape:

During the “storm” your brain can’t think

When you’re arguing during those highly charged emotional moments in fights or misunderstandings, the brain thinks only of defending itself and activating your body to escape.

This makes you unable to think calmly, stay quiet, or speak clearly.

While you might first experience some relief for having said what you were feeling, eventually you will realize that it wasn’t appropriate.

Stay quiet during the storm and speak in the calm

This is a tough strategy to implement, but if you stay quiet during the storm and reserve your energies for moments of mental clarity, it will result in a more appropriate response.

To do this, you can make use of the following strategies.

When an argument arises and you find yourself suddenly in the awkward position of a fight or disagreement, imagine a defensive wall in your mind.

When the argument ends and a few hours or days have passed, you can choose a better time to talk to the person in question. You must make it clear that you don’t want to start a new fight or argument.

There are some fights that aren’t worth the misunderstanding and pain when one person has no desire for understanding.

Link copied!
Interesting Articles
Conflicts
How to Help a Woman who Has Been Abused