The Best Diet for Inflammation

When dealing with chronic diseases that are related to inflammation, we have to adopt a diet that contributes to the treatment. 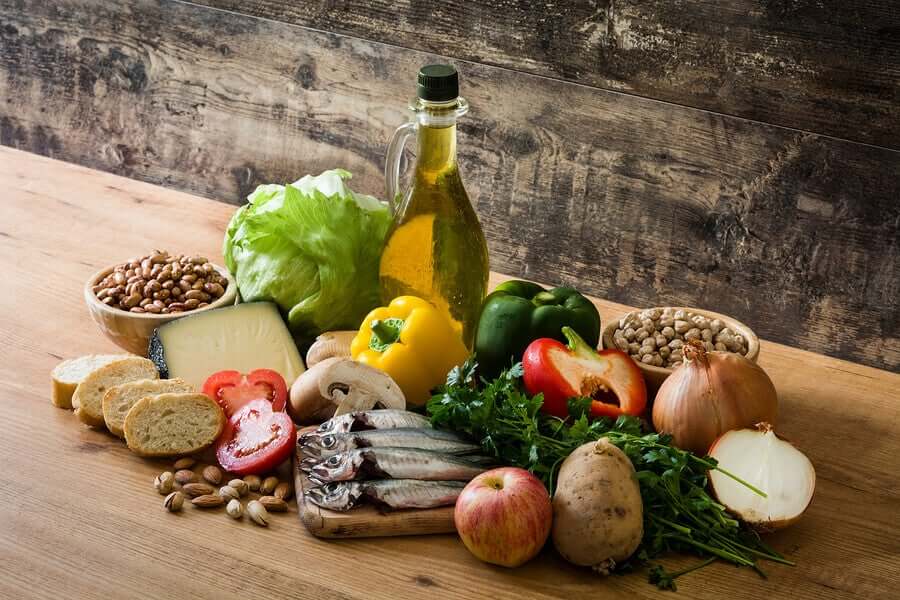 When dealing with chronic diseases that are related to inflammation, we have to adopt a diet that contributes to the treatment. In this sense, it’s great to know that some foods can be harmful, while others have beneficial properties. Want to know how to prepare a diet to treat inflammation? You’re in the right place!

The diet for inflammation and NCDs

Mainly, inflammation is a key element within the pathogenesis of endothelial dysfunction, as well as atherosclerosis. For this reason, a diet for inflammation is one of the pillars to prevent and treat this type of disease.

According to the study conducted by Strowig T et al in 2012, acute inflammation is a biological response to infection or tissue damage to initiate healing and repair of vascular tissues. The clinical signs that characterize it are heat, flushing, tumor and pain; these are produced by factors such as cytokines, chemokines, reactive oxygen species, and coagulation factors.

Although acute inflammation is characterized as a defense reaction, and when sustained over a long period of time it becomes a chronic problem. Inflammation contributes to the pathogenesis of multiple diseases, according to a study published in the journal “Current Topics in Behavioral Neurosciences”.

This occurs through the regulation of transcription factors (mainly tumor necrosis factor, NFKB) and members of the interferon regulatory factor (IRF) family which thus trigger the expression of inflammatory, immune, and antiviral genes.

Also read: What Are the Main Causes of Stomach Aches?

Gene expression and increased production of pro-inflammatory substances is proportionally related to the amount of fat tissue in humans and animals. Therefore, in individuals with obesity, there’s a sustained and chronic inflammation which contributes to the pathogenesis of the host.

These alterations include, mainly, damage in sensitivity to the action of insulin, dysfunction of pancreatic β cells, non-alcoholic liver disease, and atherosclerosis.

Surprisingly, according to the World Health Organization (WHO), by 2017, obesity (defined as an abnormal excess of fat that can be harmful to health) had reached incidence proportions comparable to an epidemic in recent decades.

Doctors associate obesity with multiorgan alterations of inflammatory character with chronic impact at a metabolic level. These are usually at pancreatic, adipose, hepatic, cardiac and muscular-skeletal levels. Therefore, these alterations combined define the metabolic syndrome.

The metabolic syndrome has a multifactorial origin. However, the environment where each individual develops will determine the expression of genes with their respective metabolic alterations. When we talk about this environment, we’re actually referring to the diet the patient usually has.

Diets high in animal fats and highly processed products, products with a high content of sugars, as well as low consumption of vegetables and fruits, are especially associated with excess body weight, increased blood glucose, and increased blood pressure, among others.

The role of diet in inflammation

Numerous studies, such as the one published in the International Journal of Molecular Sciences by Tuttolomondo A et al in 2019, support the important role that eating patterns have in predicting the risk of developing a disease, treating it, or decreasing mortality.

The Mediterranean diet has been widely studied for its impact on reducing biomarkers of inflammation, such as hyperinsulinemia, hyperglycemia, dyslipidemia, central adiposity, and hypertension, among others.

In addition, according to Sears B et al in 2015, eating a diet for inflammation implies the following:

These changes will have an impact on the suppression of genes that are responsible for the production of pro-inflammatory substances, especially those present in chronic inflammation.

So, they’ll activate the signaling pathway of AMP kinase, a complex that acts as a cellular energy detector, which helps energy balance and caloric intake.

Don’t miss out: Low-Calorie Mediterranean Diet: What Should You Keep in Mind?

The Mediterranean diet isn’t a homogeneous, or exclusive, feeding pattern within the countries around the Mediterranean Sea (Spain, Italy, Portugal, Greece, Croatia, among others).

It’s characterized as a pattern with a high intake of fruits, vegetables, whole grain cereals, lean meats, seeds, and olive oil. However, each country has its own dietary habits that are influenced by socio-cultural, religious, and economic factors.

The diet to treat inflammation

In other words, it’s a diet with an adequate consumption of unsaturated fats (mainly omega 3), low contribution of saturated and trans fats, high presence of bioactive compounds by the inclusion of products of vegetable origin and consumption of natural and unprocessed sugar.

Therefore, the Mediterranean diet exerts numerous biological effects on health. It especially regulates the factors associated with the metabolic syndrome:

To conclude, we must remember that, although genetic predisposition is an important factor in the development of several diseases, your lifestyle will contribute to the appearance or prevention of such disorders.

In addition, having a diet for inflammation, including foods rich in polyphenols and unsaturated fats (omega 3), will allow you to have a diet to treat inflammation, control body weight and maintain health. However, it’s also important to ask a nutritionist, as they’ll be able to determine exactly what your body needs.

The Best Food to Eat for an Upset Stomach
A diet to avoid an upset stomach has multiple parameters. Dyspepsia happens when there's discomfort in the upper abdomen. Read more »
Link copied!
Interesting Articles
Healthy diets
The Key to Eating Well