Can Baking Soda Help You to Lose Weight?

If you want to lose weight, the best thing to do is consult with your doctor, follow their instructions, and try to adopt a healthier lifestyle. This is the only way to achieve good results, and good general health. 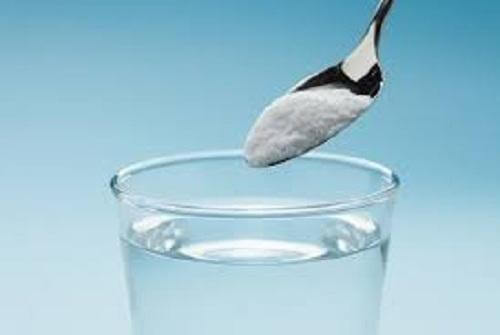 Many people want to lose weight, but not everyone goes about it in the best way. Unintentionally, they may put their health at risk, and expose themselves to a number of issues that may impact their quality of life. One of the least suitable methods people use in order to lose weight is to consume baking soda (either dissolved in water or in fruit juice).

It doesn’t matter how much you take, how often, or even what form you take it in. The most important thing to remember is that baking soda, in of itself, will not help you to lose weight, and much less in a safe and healthy way.

We’ll tell you more in this article.

What is baking soda and what is it for?

Baking soda, also known as bicarbonate of soda, (NaHCO3) is an alkaline substance which is obtained via a chemical process. As the name suggests, it has a high sodium content. It’s classified as a carbonic acid salt.

On the surface, it is a fine white powder that dissolves easily in water and other liquids.

Outside of these environments, it has also been (erroneously) used as a home remedy for all types of health and beauty issues, from whitening teeth, to treating throat infections and stomach upsets, and even “detoxing” hair. In fact, it is still one of the most popular home remedies that exists today.

However, under no circumstances does its popularity mean that it is suitable for consumption.

The amount of baking soda you use and how often you use it are two very important factors. Finding a small amount of this substance in a product such as toothpaste isn’t the same as dissolving a tablespoon of baking soda in a glass of water to make a homemade mouthwash, or any other remedy for that matter. Toothpaste contains a small, safe amount, that’s just enough to be effective without causing damage. In the second case, the risks are huge.

The best option is to stay away from homemade remedies containing baking soda, even those relating to weight loss.

While you might think that a glass of water and baking soda might help to relieve stomach pain, in reality, it could take a huge toll on your health in the long run. It can be extremely harmful for your stomach lining, especially if taken regularly.

Drinking a glass of water and baking soda won’t help you to lose weight, no matter how much you want to believe it will. When ingested, it won’t act as a “fat burner” or help you slim down in record time. In fact, it’ll go straight to the gastrointestinal tract, where the only thing it will do is burn and irritate everything it touches as it passes through your system. This can cause a number of health problems.

The idea of “burning” fat with a single drink might seem like an easy way to lose wright, but it simply isn’t safe, and we certainly wouldn’t recommend it. The best thing to do is talk to your doctor, improve your lifestyle, and establish a sense of coherence between what your body needs and the best way to provide it with that on a day-to-day basis.

Combat Pimples with 3 Baking Soda Treatments
Although baking soda is very effective at eliminating pimples, due to its nature and its exfoliating effect, we will only use it once or twice a week Read more »
Link copied!
Interesting Articles
Weight Loss
White, Beige, and Brown Types of Body Fat