Azathioprine is a prodrug. A prodrug's a drug that's administered and absorbed, but it doesn't trigger any effects until it's metabolized and converted into another molecule. In this case, the molecule is 6-mercaptopurine. Learn more about azathioprine in this article. 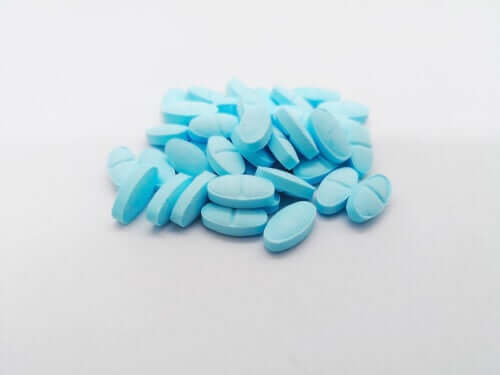 Azathioprine is a prodrug. A prodrug’s a drug that you absorb, but it doesn’t trigger any effects until you metabolize it and convert it into another molecule, 6-mercaptopurine.

In addition, we originally used this medicine, along with other immunosuppressive agents, in organ transplants. We used it so that the body didn’t think of the new organ as a foreign body and start to attack it. However, nowadays we don’t use azathioprine so much for this particular purpose.

Pharmacokinetics: what happens to azathioprine in the body?

Pharmacokinetics is concerned with the absorption, distribution, metabolism, and elimination of a drug. In the case of azathioprine, you can take it either orally or intravenously. However, if you take it orally you should always take the tablets whole, i.e. you mustn’t break them up. Furthermore, you must take the tablets with food. If you can’t take azathioprine orally you can take it intravenously.

When you take azathioprine orally, it’s absorbed into your upper gastrointestinal tract. It then gets distributed throughout your body. Scientists discovered this from experiments they conducted with mice. In these experiments, they found by-products of the drug in the brains of the mice.

Once the drug reaches your liver you metabolize it to 6-mercaptopurine. This is the active metabolite that triggers your immunosuppressive action. However, the plasma levels of azathioprine and 6-mercaptopurine don’t correlate well with the therapeutic efficacy or toxicity of this drug.

In addition to 6-mercaptopurine, you also metabolize azathioprine into other molecules, such as 6-thiuric acid, although it’s not active. Finally, you excrete both the unmetabolized drug and the metabolites resulting from metabolism in your urine.

How does the immunosuppressive medicine azathioprine affect the body?

We don’t know exactly how this immunosuppressant works on your body. However, there are different hypotheses.

Also read: Weakened Immune System: What to Look For

Side-effects of the immunosuppressive medicine azathioprine

Like all medicines on the market, azathioprine can cause side-effects. We consider side-effects to be the unwanted and unintended occurrences we expect to see when a patient takes a specific drug.

Patients have reported the following side-effects with the use of azathioprine:

We use azathioprine a lot to treat autoimmune diseases. However, it causes a number of side effects. So, you’d have to tell your doctor about any allergies you have to other medicines before you take it. This is because you could possibly suffer certain complications by taking azathioprine.

What Weakens Your Immune System?
A depressed immune system can leave you not feeling well and susceptible to illness. But do you know what weakens your immune system? Read more »
Link copied!
Interesting Articles
Medication
Trastuzumab: Therapy Against HER2 Positive Breast Cancer