Atorvastatin, like the other statins, is effective in the prevention of cardiovascular diseases due to its ability to selectively and competitively inhibit the enzyme responsible for cholesterol synthesis. 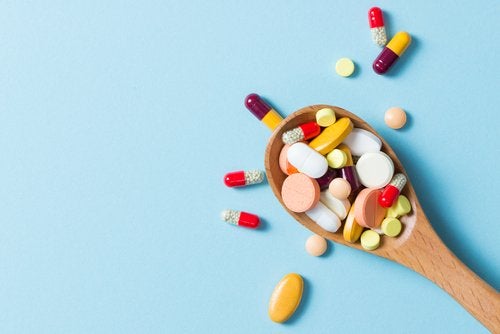 Atorvastatin is a medication that belongs to the pharmacological family of statins. These are widely used to stabilize low cholesterol levels so as to prevent cardiovascular disease and treat dyslipidemia as well.

Excess cholesterol is a risk factor for getting these types of diseases and they’re the leading cause of death in developed countries. However, keep in mind that cholesterol is essential for proper body functioning as it’s the precursor of numerous hormones.

Thus, you must keep your cholesterol levels within the normal margins: not too high and not too low. This is because a deficit can also lead to serious health consequences. So, it’s important for you to strictly follow any treatment guidelines as per the indication of your physician.

As we mentioned above, the goal of Atorvastatin is to prevent cardiovascular disease in patients with higher than normal cholesterol levels.

Cardiovascular diseases are a set of pathologies that are the leading cause of death in developed countries. Among them:

Undoubtedly, these diseases bring about a series of factors that increase your risk of high cholesterol. So, try to avoid the following:

Effects of Atorvastatin in the human body

Atorvastatin, like the other statins, is effective in the prevention of cardiovascular diseases due to its ability to selectively and competitively inhibit the enzyme responsible for cholesterol synthesis.

Specifically to the Hydroxymethylglutaryl-CoA reductase (HMG-CoA) enzyme which is responsible for converting HMG-CoA to mevalonate. This is the precursor of sterile compounds, such as cholesterol.

So, Atorvastatin reduces the amounts of mevalonate by inhibiting HMG-CoA reductase also and thus the amount of cholesterol that stays in the liver.

In addition, note that this mechanism also affects the regulation of LDL receptors – known as “bad” cholesterol – and the uptake of these lipoproteins from the circulation.

The reduction of bad cholesterol or LDL is the final outcome of such processes. However, the efficiency of treatment is still under study in experiments and clinical trials.

Read also: Keep High Cholesterol at Bay Through Your Diet

Side effects of Atorvastatin

Despite being quite well tolerated, this drug isn’t exempt from producing some side effects.

Similarly, there are other recorded infrequent side effects of treatment with Atorvastatin. However, these aren’t necessarily due to treatment with this medication. Among others:

Atorvastatin belongs to the statin family of medications and it’s mainly used in the prevention of cardiovascular disease.

However, keep in mind that observing healthy habits are the best prevention, so stay active and follow a balanced diet. In addition, avoiding habits such as smoking.