At What Age Can Multiple Sclerosis Appear?

Multiple sclerosis is a disease of the nervous system. It can appear at any age, but it's more common among young people. 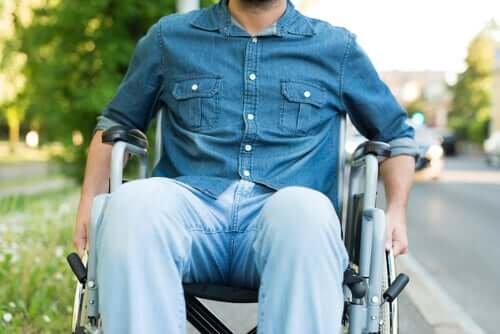 Multiple sclerosis is one of the demyelinating diseases. These are nervous system diseases that tend to affect young adults. In this article, we’ll tell you everything you need to know about it, as well as when it is most likely to appear.

What is multiple sclerosis?

Multiple sclerosis is a neurological disease. In other words, it affects the nervous system. Mainly, it damages myelin. This is a substance that covers the axons of neurons and protects them, making nerve transmission take place more quickly.

If myelin is affected, so is all transmission of nerve impulses.

Specialists believe that this disease is caused by a mixture of genetic and environmental factors. Therefore, you can be predisposed to suffer this condition through genetics.

Also, it’s an autoimmune disease. This means that the affected person’s own cells are what attack the myelin.

Because it’s a chronic disease, there isn’t a cure. A person with multiple sclerosis currently has a life expectancy similar to a healthy person, but will always live with this disease.

At what age does it appear?

Like most autoimmune diseases, multiple sclerosis affects more women than men. Also, it usually appears in young adults, particularly between 20 and 40 years old.

Although it’s more common to appear at these ages, it can happen to anyone, including from childhood to adolescence, and even later. Up to 10% of people with multiple sclerosis have their first outbreak before age 18.

Although the prognosis of this condition depends on several factors, especially the type of disease that each patient has, the age of onset also interferes with the evolution. In other words, people that experience the onset later in life have a worse prognosis, and it’s usually more aggressive.

The types of multiple sclerosis

How multiple sclerosis appears depends on the way the disease progresses. For example, here are the different types:

There are different symptoms of this disease, and they’re different from one person to another. Some of the most common are:

Diagnosing this disease is different for each patient. Some additional tests may also be necessary, like a cerebrospinal fluid analysis, MRI, or nerve impulse tests.

What you should remember about multiple sclerosis

It’s an autoimmune disease of the nervous system. As we mentioned, it usually appears for the first time in young adults between ages 20 and 40. It’s more common in women, although it can affect both sexes.

It’s a chronic disease that doesn’t have a cure yet. However, there are treatments to prevent outbreaks from appearing and slowing down the evolution of the disease. That way, the symptoms won’t get worse.

For this reason, if you notice symptoms or are concerned, you should see your doctor. They can confirm the diagnosis and get you on a treatment plan as soon as possible.

5 Things You Should Know About Autoimmune Diseases
The majority of these conditions tend to be a mystery for science. Learn more about autoimmune diseases from this article. Read more »
Link copied!
Interesting Articles
Illnesses
Cancer During Pregnancy: What You Need to Know