Arterial Hypoxemia: What It Is and What Causes It

Arterial hypoxemia relates to the insufficient presence of oxygen in the human body. It's a serious situation that can either be acute or chronic. This article explains the possible causes of the disorder and its effects. 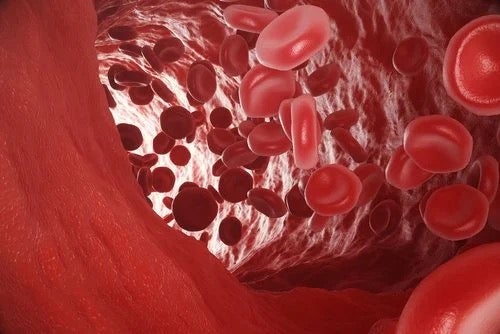 Arterial hypoxemia occurs when there’s a lower amount of oxygen transported by the arteries than normal. It’s a serious situation because one of the primary functions of the arteries, is, indeed, carrying oxygen to the cells in the body.

Cells can’t function without an adequate amount of oxygen. Furthermore, severe arterial hypoxemia endangers the vital functions of the body. In fact, cells die if the situation occurs over time.

How is arterial hypoxemia diagnosed?

There are two medical procedures to determine arterial hypoxemia.

There are three stages involved in the process of oxygen reaching the cells. These are in three different areas. If there’s a defect in any one of these three stages, it can disrupt the complete process of cellular functioning. These stages are:

The most common causes of arterial hypoxemia are:

Also, read: Are There Bacteria in the Lungs?

A lack of oxygen in the cells of the body causes a range of symptoms. Some symptoms correspond to the organ most affected by arterial hypoxemia. However, there are also more general symptoms.

If arterial hypoxemia persists over a long time, the body tries to adapt to the situation. One way in which it does this is to produce more red blood cells to transport oxygen. This process is called polyglobulia. This situation can occur in the body without causing any changes. However, medical professionals must monitor it regularly. This is to check that the condition doesn’t become excessive. If not, it could cause abnormal circulation of the blood.

Arrhythmias are another long-term effect of arterial hypoxemia. When arrhythmias occur, then the heart changes its frequency and interval between beats. This is to compensate for the lack of oxygen. However, if the arrhythmia gets out of control, the patient’s life could be at risk.

Finally, arterial hypoxemia affects the brain. Indeed, patients with COPD often suffer neurological disturbances such as depression, memory loss, and attention loss. These symptoms are all linked to arterial hypoxemia.

How to Keep Your Arteries Healthy
Being physically active and consuming more omega 3 fatty acids are two ways to protect your arteries and keep your arteries healthy. Start today! Read more »
Link copied!
Interesting Articles
Illnesses
What Is Cyberchondria and How Do You Deal with It?