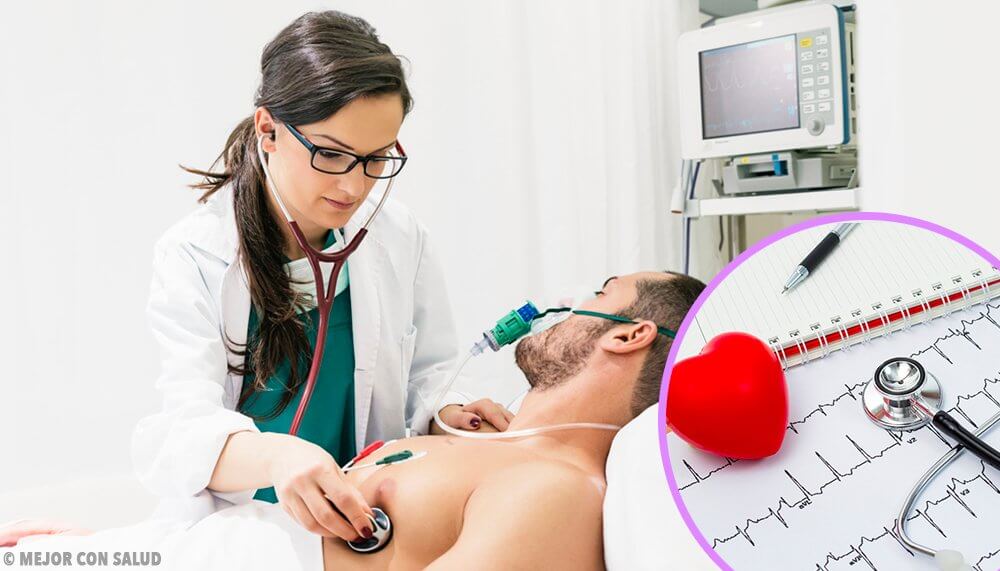 Alterations in heart rhythm and heart rate are common. Fortunately, in many cases, they do not pose any kind of problem.

First of all, arrhythmia is an alteration with no physiological explanation but affects both the heart frequency and rhythm. Remember, frequency refers to the number of beats per minute and the rhythm can be regular or irregular. So, arrhythmia is a disorder that affects the heart rate or frequency.

If for some reason you become nervous and your heart rate increases, it is not necessarily pathological. In reality, it simply means the frequency increases due to tension caused by nervousness. For example, while feeling threatened.

On the other hand, if “for no reason” alterations occur, i.e. not finding an actual reason for an increase in frequency, then it is considered pathological. In such case, you should go to the doctor for further comprehensive testing. After all, an arrhythmia can either be an increase or decrease in frequency or an alteration in normal heart rhythm.

Tachyarrhythmia is a minimum three beat sequence at a frequency greater than 100 beats/min. Depending on their point of origin, they divide into:

Atrial extrasystole occurs as a result of an ectopic focus in the atrium. An advanced depolarization happens, which in turn produces a “premature” heartbeat. After the ectopic beat, there is, then, a brief pause followed by a normal beat. An impulse at the atrioventricular node level causes atrioventricular extrasystole. Consequently, ventricles activation is normal while atria activate in retrograde.

After the ectopic beat, there is a compensatory pause, followed by a normal beat. Extrasystoles are very common. In fact they are the most frequent type of arrhythmia. They usually do not pose any kind of problem and do not require treatment.

Atrial fibrillation, the most common type of extrasystolic arrhythmia, consists of ineffective atrial contractions resulting from very fast, disorganized and desynchronized rhythm. Blood stagnates as the atria do not contract normally.

Either electrical or pharmacological cardioversion can re-establish sinus rhythm. Once the rhythm is under control, beta-blockers help control the frequency. Additionally, anticoagulants or antiplatelets drugs can play a role in preventing embolisms. Antiarrhythmic drugs help prevent recurrence.

Ventricular fibrillation usually results from rapid and repeated ventricular tachycardia.  Hence, a disorganized, rapid and completely ineffective rhythm appears, which then leads to asystole and death within a few minutes.

Time is of the essence. If there is no defibrillator available, then performing manual CPR is necessary until one is available. In this video, you can see how to perform CPR. That’s why immediate electrical defibrillation is necessary to keep the patient alive.

A decrease in heart rate below 60 occurs due to sinus node alteration, the “cardiac pacemaker”. Damage to the sinus node happens due to:

This happens where there is a delay in electrical impulse transmission between the atria and ventricles. Arrhythmias are classified according to the degree of severity, from one to three:

Heart Arrhythmias: Symptoms and Consequences
Keeping your heart healthy is really important. In this article, we invite you to expand your knowledge on heart arrhythmias. Read more »
Link copied!
Interesting Articles
Illnesses
Cancer During Pregnancy: What You Need to Know

Interesting Articles
Wellness
Tinnitus: What it is and How to Prevent it