Up until now, it was thought that man's primary visual cortex followed the same pattern as other animals. However, it has now been discovered that our cerebral maturity may take decades longer. 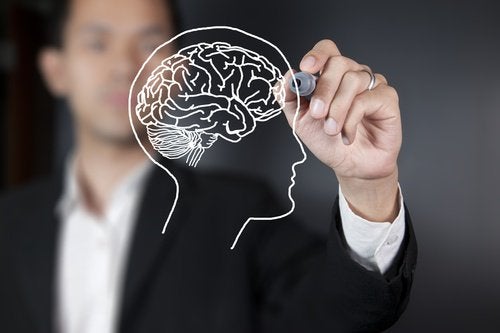 You may have been surprised: my brain keeps maturing until I’m 36 years old? How is that possible?To our great surprise– and benefit –it is possible. Up until not long ago, it was believed that the brain reached full maturation in our first years of life. Another myth is the classic idea that once we’re grown up or if we’ve suffered some brain injury, this loss of neurons or nerve tissue is irreversible. But now scientists claim that the visual cortex doesn’t mature until 36.

Fortunately, new methods of analysis and observation are being developed and are allowing us to discover big things: amazing things, actually. One of them is the power of neuroplasticity. Our brain regenerates no matter how old we are or what trauma we’ve gone through. Your brain establishes new and constant nerve connections if you stimulate it, foster it, and improve your cognitive reserve on a daily basis.

Another recent, amazing discovery is that your brain reaches complete maturity between 30 and 40 years old. This fact has probably piqued your interest. Next, we’ll tell you more.

Your brain keeps maturing past 30

Whether you haven’t reached 30 yet or if you passed this age decades ago, you should know that this milestone is hardly perceptible. It’s something that goes by unnoticed unless you have some vision problem.

The news that the brain keeps maturing until 36 or 40 years was published just months ago. It reached publications such as Science Daily, and was originally in the journal The Journal of Neuroscience.

11 Daily Habits that Damage the Brain

Your visual cortex doesn’t mature until 36

A group of scientists from McMaster University in Ontario, Canada discovered that the visual cortex – the center of visual processing in the human brain – stops maturing at close to 40 years old.

Up until then, many believed that it stopped after 5 or 6 months of life. Thus, this sudden discovery shocked scientists.

The brain tissue of 30 people between 20 and 80 was analyzed post mortem in the department of psychology and neuroscience of McMaster University. They discovered the following:

The activity of certain glutamatergic proteins reached their full power and activity when the person was between 35 and 41 years old.

Up until very recently, scientists thought that man’s primary visual cortex followed the same pattern as animals. In other words, it reached maturity in infancy. However, through this analysis, they were able to discover something very interesting. Unlike animals, the complete maturity of a person’s brain could be lengthened for decades.

Human vision keeps developing past infancy, unlike what was believed. Some proteins, specifically some GABAergic proteins, reached 80% of their activity once maturity was completed.

In addition, it’s important to note that there was no difference between men and women. We all follow the same maturation pattern.

What does it mean that visual cortex doesn’t mature until 36?

To understand what this progress might mean, let’s think about what the visual cortex does:

Doctor Kathryn Murphy, director of the study, explains that something like this opens the door to significantly more treatment options for multiple different vision problems.

One of them, as a simple example, is the lazy eye:

Take a look at this article:

Scientists May Have Found the Physical Source that Causes Depression

Last but not least, this study opens the door to other possibilities and questions.

What if our brains have more potential than we think? What if it had even more plasticity and more areas are still developing when we’re older?

These are exciting questions that we may just have answers– wonderful, hopeful answers –to in a few years.

Scientists Discover Nanoparticles from Tea Leaves that Kill Lung Cancer Cells
%%excerpt%% Research carried out in India and at the University of Swansea in the UK has discovered that nanoparticles from tea leaves can kill cancer cells. Read more »