All About The Menopause Age

Menopause age specifically refers to the time when a woman’s menstruation stops. On the other hand, the term “climacteric” is the stage in which women lose their reproductive capacity. 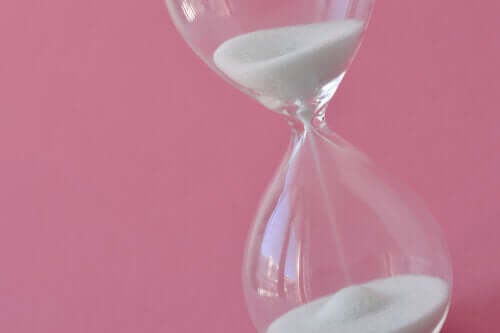 Menopause is a physiological stage in women that’s part of the natural aging process. Every woman experiences it differently, as it depends on hereditary factors, diet, lifestyle, social environment, and cultural attitudes.

The menopause age refers to the time when a woman’s menstruation stops. On the other hand, the term “climacteric” refers to the stage in which women lose their reproductive capacity.

What stages does menopause comprise?

It’s difficult to set a specific menopause age. As such, you must remember that it’s a process that lasts between 5 and 15 years. It’s characterized by a progressive decrease in estrogen levels due to the loss of ovarian function.

Do you know the symptoms of menopause?

Beyond the menopause age, some symptoms are common to most women who experience this stage. In some cases, the symptoms that may appear significantly affect the woman’s quality of life. Some women suffer from insomnia, irritability, anxiety, and both physical and mental fatigue.

Also, hot flashes, unexplained sweats, palpitations, and joint and muscle pain may appear. Hot flashes and sweats are the most common symptoms and affect 60 to 80% of women.

You can suffer from these symptoms both at night and during the day and they’re due to altered thermoregulatory functioning. They consist of a sudden sensation of heat and a sudden increase in temperature, especially in the upper part of the trunk, face, and scalp.

You should also read: Hot Flashes in Menopause: What to Do about Them

During menopause, metabolic changes that cause an increase in body fat occurs. There’s also an alteration in its distribution, located mainly in the abdominal area.

At the vaginal level

The lack of estrogens causes many vaginal changes, including the following:

Read on to learn more: Diet for Menopause: Nutrients that Shouldn’t Be Left Out

Some of the urinary alterations that could occur during menopause are:

Decreased estrogen levels increase the risk of osteoporosis. Osteoporosis is a disease characterized by decreased bone mineral density and bone mass, which leads to an increased risk of suffering from fractures and microfractures.

Some women have mild symptoms that following some basic recommendations could help relieve. However, in other cases, they’re so bothersome that the affected woman has no choice but to seek therapeutic options. When you reach menopause age, you need to see your doctor to discover whether a specific treatment would benefit you or not. Here are a few options:

This article may also interest you: Discover the Four Great Charms of Menopause

To relieve your symptoms when menopause age arrives, as well as reduce your risk of osteoporosis and cardiovascular diseases, we recommend you to:

Reaching menopause age is synonymous with the appearance of certain alterations and symptoms, which could significantly affect your quality of life.

However, remember that you can relieve all of them. It’s important for you to consult a health professional and get regular checkups to prevent the diseases typical of this stage of life.

What Happens in the Body During Menopause?
Changes in the body during menopause are less intense and visible if you adopt a healthier lifestyle while going through them. Read more »
Link copied!
Interesting Articles
Health
Types of Syncope or Fainting