All About the Epidemiological Model

Predictions currently abound due to the spread of the COVID-19 virus. We're constantly hearing figures and models from health officials. But do we know where they come from? In today's article, we'll show you what an epidemiological model is together with its limitations. 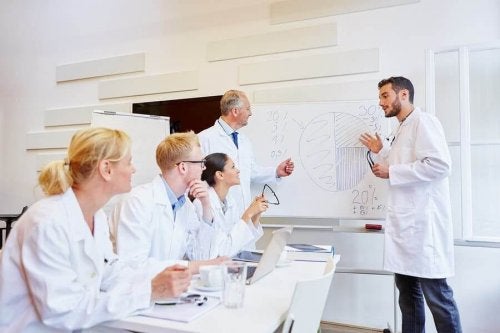 Numbers and statistics are currently everywhere when it comes to the current outbreak. In fact, they dominate the media! Every day, we hear details about the delicate situation of COVID-19 in the world. This is when the epidemiological model comes in handy.

Epidemiological models help experts understand what the future of an outbreak may be like. However, you must keep in mind that such predictions aren’t always correct.

Those who showed interest in this subject before its globalization will remember that some studies had reassuring phrases such as “the data indicates there’ll be no more than 10 people infected in our country.” The predictions were quite optimistic. No one was able to predict what would happen in the following months when the virus was only in Wuhan and the surrounding area.

We must be clear about one thing, though: this isn’t about manipulating media. Scientists and researchers rely on here-and-now patterns to make their predictions. However, minimal variables can dramatically overturn their models and results.

In today’s article, we’d like to show you what an epidemiological model and its variables are. This way, you can understand the margin of human error and take the predictions you hear in the media with a grain of salt.

The mathematical modeling of epidemics consists of the use of mathematics to explain and predict the behavior of infectious agents. They’re usually deterministic models. Thus, they assume anyone can randomly contract the disease.

One can establish two main hypotheses on which to build the models:

Read also: What is Herd Immunity?

The numbers game with COVID-19

One of the simplest models to exemplify this theme is the SIR model. It’s one of the most widely used epidemiological models due to its simplicity and compartmentalization of data. The parameters are simple:

As you can see, the total population is the sum of S, I, and R. If we use these 3 compartments using complex equations then we can predict the fluctuation of people from one compartment to another over time.

Sounds simple, right? Why is it so difficult to make a reliable estimate, then?

Epidemiological model: The limitations of ignorance

This study by MedrXiv (Yale) about the spread of the virus was conducted by a research team on January 28. They warn people about the limitations of mathematical modeling:

In addition to all these complications

We hope the immense complexity of creating an effective epidemiological model has been demonstrated in this article. The media and researchers are trying to provide the best possible information. However, we must take the future figures they provide us for what they are: mere predictions.

The epidemiological models may be off. However, one thing is for sure: the spread of the virus will be slowed down if we all do our part.

How Does COVID-19 Affect the Brain?
New evidence suggests that the coronavirus is capable of harming other organs other apart from the lungs. So, how exactly does COVID-19 affect the brain? Read more »
Link copied!
Interesting Articles
Illnesses
Is it Possible to Be Allergic to Electricity?