9 Things About the Human Body You Probably Didn't Know

Discover nine things about the human body that you may not have known. 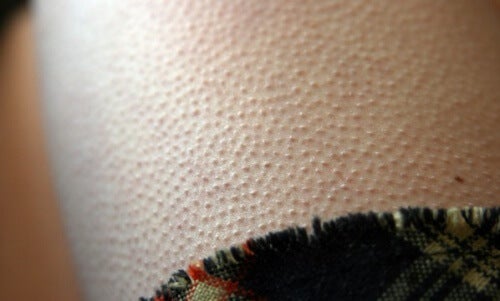 The human body is truly incredible. It carries out thousands of functions every day that, as insignificant as they may seem, are essential for having good health and well-being.

In this article we’ll tell you 9 things about the human body that might surprise you.

1. You Have the Same Amount of Hair as a Chimpanzee

The average adult body has the same amount of hair (known as fuzz) as a chimpanzee. The difference is that, in the case of humans, our hair is much thinner than that of a chimpanzee.

Our hair has lost its original protective function. This is definitely due to evolution and wearing clothing for protection against the cold.

2. Why Do You Get Goosebumps?

You’ve often experienced what is commonly known as goosebumps. This is a pilomotor reflex, a response that humans would do in the past to raise the body hair and protect themselves from cold and other dangers like animals.

It was an increase in size, in fact. Obviously, this function is now obsolete. Since we don’t have as much hair on our body, the skin continues to have the same response.

Humans spend an equivalent of five years blinking. As we know, this action is very important for your eyes, since it’s used as a protection and care mechanism.

Blinking lubricates and rests your eyes, which cannot remain permanently open. Blinking is also a natural instinct and defense mechanism, because you tend to do it when an object comes towards your face.

This may be a result of physics: left-handed people are stronger when they apply their strength to counter clockwise things. This means it’s much easier for a lefty to open a jar than a right-handed person.

However, when closing a jar, when you need to apply opposite strength, right-handed people find it much easier to do.

Your stomach stores chloric acid, which is produced by the cells found in your stomach.

This type of acid is actually highly corrosive, which is why it’s used in metallurgy.

However, the covering of the mucus wall of the stomach protects you from the damaging effect of the acid, which is why you don’t get harmed by it.

6. The Human Body is a Bacteria Deposit

The human body is a huge bacteria deposit. In fact, calculations state that bacteria greatly outnumbers cells – a proportion of approximately ten to one.

Of course, this doesn’t mean that all the bacteria in the body is harmful to your health. There are a few that are beneficial.

Taking a 20-minute nap is good for your health. In fact, it helps improve concentration, mood, and productivity.

Nonetheless, any longer than this amount of time can have negative consequences. This can cause you to feel more tired and irritable.

Every day, your body gets rid of a large amount of dead cells, mainly from your skin. This amount would be equal to approximately two kilograms (4.4 pounds) of dead skin cells a year.

As you know, the human body has a large amount of nerve endings that allow you to feel things. The most sensitive ones are found on the lips and fingers, while the least sensitive are found in the middle area of the back.

The Myths and Truth about Blood Donation
%%excerpt%% Many people shy away from blood donation due to the large number of myths around this practice. However, it can really save lives. Read more »
Link copied!
Interesting Articles
Did you know?
Is it Possible to Remove Tattoos?