9 Kinds of Unhealthy Fish That Are Better to Avoid

Since there are many kinds of fish that can have large amounts of mercury and your body isn't able to get rid of this metal, it's important that you always choose healthy options. 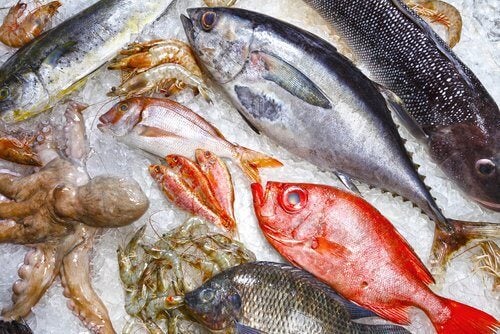 Fish is one of the healthiest meats you can eat. However, there are certain kinds of unhealthy fish that are better to avoid.

Take note of them and choose other healthier options.

Catfish can grow to be a large fish. However, to speed up the growth process, many fish farmers feed them with hormones.

Since this can lead to some unhealthy fish, we recommend that you choose less toxic options.

Mackerel isn’t the most recommendable fish. This is because of its high mercury content.

Unfortunately, your body doesn’t get rid of mercury. Instead, it keeps building up. This metal is a substance that isn’t very healthy and can cause various diseases.

Blackfin tuna has a lot of mercury.

Unfortunately, it’s almost impossible to find tuna that was raised in its natural habitat because it’s in danger of extinction.

The fish that you see for sale comes from special fish farms. At places like these, they feed the fish with antibiotics and hormones.

As a result, it’s a fish that also has a high mercury content. Thus, it’s not recommendable for an adult to eat more than 3.5 oz. per month.

This fish is never recommended for children.

Tilapia is a very fatty fish. It has a concentration of toxic fat that could compete with bacon.

If you eat too much of this fish, it will raise your level of bad cholesterol (LDL). Plus, it makes your body more sensitive to allergens.

If you suffer from heart disease, asthma, or arthritis, try to avoid Tilapia.

Eel is another very fatty fish. Eels easily absorb all kinds of residues found in the water. Because of this, the levels of toxins in American species is especially high.

As for European eels, they also have high mercury content. It’s not wise to eat more than 10 oz. for adults, and 7 oz. for children per month.

Pangasius, a type of shark-like catfish, is raised in Vietnam in the Mekong river. This river is considered one of the most contaminated rivers in the world.

This kind of fish has high levels of mercury, nitrofural, and polyphosphates. Besides what we’ve already said about mercury, these last substances are carcinogenic.

Naturally, it’s one of the most unhealthy fish and it’s always recommended to avoid eating it.

Tilefish is a fish that has a high level of mercury contamination. Because of this, it’s not recommended for women or children.

For men, it should be limited to a maximum of 3.5 oz. per month.

Oilfish, also called white tuna, has gomphotoxin. This is a substance that is similar to wax and gives the meat an oily taste.

This substance isn’t digested by your body. Thus, it can cause bad digestion even though it isn’t very toxic.

To reduce the amount of gempilotoxin, we recommend you either fry or grill this fish. However, if you have digestive problems, it’s better to choose other options.

Sebastes, also known as yelloweye rockfish, has a lot of mercury.

In any case, it’s always better to choose healthier species and ones with less mercury.

Read: Eating Fish with Mercury During Pregnancy Linked to Autism

Also, it’s important to keep in mind that fresh fish has transparent eyes, a firm tail and wet, shiny scales. If you think that you’re buying supposedly fresh fish and the tail is limp, then it’s not as fresh as you think.

You can also see if it’s not fresh by looking at its fins. If its fins are dry and its gills are gray instead of red, it’s probably not fresh.

How to Prepare Exquisite Baked Fish
%%excerpt%% Baked fish is one of the best ways to enjoy the healthy benefits of fish. This recipe is simple to make and delicious. Give it a try! Read more »
Link copied!
Interesting Articles
Did you know?
New Year's Traditions Around the World