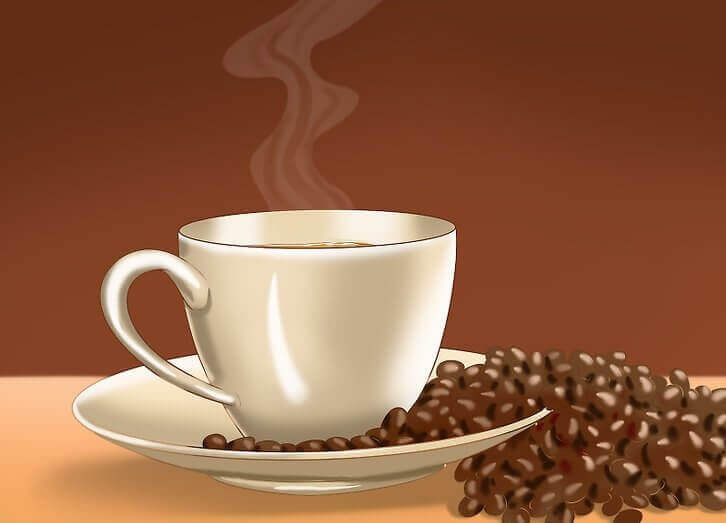 We drink it every day. It comforts us. It’s an excuse to get together with friends or family, and even its aroma makes us feel good on cold nights.

In this article, we’ll take a look at some interesting facts about our best friend coffee.

Facts about coffee that will amaze you

There are people who cannot live without a steaming cup of coffee. It is the best alarm clock that exists and wakes us up after lunch when we would rather be taking a nap instead of working.

If you’re a fan of this drink, then you should know these interesting facts:

The coffee plant is the plant that provides coffee beans and is originally from the province of Kaffa in Abyssinia, Ethiopia. In these high lands, it grows wild.

The qualities of this drink spread around the world were known in the 11th century by the Galla tribe. To consume it, they mixed it with animal fat. Later, it was introduced to Arabia, and from there to the rest of the planet.

One third of world production is concentrated in Brazil. Other countries responsible for your rich coffee at breakfast are Colombia, Vietnam and Indonesia (among others).

3. There are two main types of coffee

Although “Arabian” coffee (coffea arabica) is more common, there is also another type called “kanephoros” (coffea canephora) which is stronger and more acidic.

The first represents 75% of the world production and its cultivation is more delicate. The second is used to produce instant coffee and blends and is more resistant than the Arabian.

When Europeans made contact with Arab culture, one of the things that caught their attention was the dark drink they consumed daily.

At that time, in the East, they called it “Qahwat-al-bun” which roughly translates into English as “wine of the bean”. What was previously “Qahwat“ (cajua), was known as “Kahveh” (kajve) in Turkish, and from there to other languages in a similar way: coffee in English, caffe in Italian, and café in Spanish, Portuguese and French.

In Japanese, it is pronounced “Koji” and “kafei guan“in Chinese.

5. The first cafes were English

Once coffee crossed the European continent it was adopted by the British, who already consumed tea from Asia. The first cafe opened in 1652 in London. These places were not only for drinking coffee, but also for the meetings between politicians, artists, thinkers, philosophers and lawyers. For this reason, the Prosecutor of the King Charles II wanted to close them in 1676, but without success.

By the year 1700, the British capital had no fewer than 2,000 cafes in operation. In Berlin, the first was opened in 1670, and in Paris in 1686. In this establishment they also invented a new technique for preparing the drink: passing the beans and hot water through a filter.

A really curious fact about coffee in Russia (where it was forbidden under penalty of torture and mutilation): If the Tsarist police found someone with a crisis of nerves it was said that he had been consuming this drink.

Another fact about coffee is more current and has to do with an act of solidarity with neighbours. The tradition began in the Italian city of Naples for several decades, but recently it has been observed elsewhere.

The idea is you pay for a coffee for the next customer. Those who can’t afford a cup can go to places that allow this and enjoy a coffee paid by an anonymous person.

We don’t know whether this legend is true or not, but it is worth the story. Catholics asked Pope Clement VII to prohibit the consumption of coffee as a beverage made by the devil. This is due to it being produced by the Arabs. The faithful of the Church considered it “the thing of heretics”.

However, the Holy Father could not resist the temptation (never better said) once he tasted a sip of coffee. It’s believed that the words spoken by the Pope were: “it’s such a delicious a drink that it would be sin for it to be allowed to be only enjoyed by heretics. We’ll defeat Satan by its blessing. It contains nothing objectionable for a good Christian.”

8. The false scent of coffee shops

What would the owners of the first cafes in England say if they saw a local Starbucks? They’d surely be scandalised by many things, but mostly by one thing in particular: it’s said they use artificial air fresheners in their cafes and establishments.

This way, in the street the smell can beckon us, and we enter without hesitation to buy their products. If you think about it, perhaps it has happened to you that when just passing near a “modern” cafeteria you really want to drink a coffee.

Why would that be? Because they know how to take advantage of our instincts!

9. Coffee works as a fertilizer

The remains of coffee can be used to fertilise gardens and orchards due to its high content of nitrogen. Ground coffee also provides the earth with trace minerals for example, phosphorus and potassium.

We recommend that you don’t throw away the remains after you make a cup of coffee… better to use it on your plants!

Link copied!
Interesting Articles
Did you know?
Discover How Stress Affects the Heart