8 Benefits of Drinking Beer in Moderation

Because beer is a natural product, it can help improve your health in a lot of ways, but only when you don't drink too much of it. 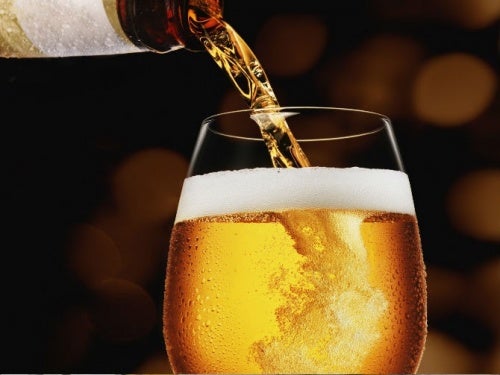 Beer is a traditional beverage that is consumed in hundreds of countries around the world. Its characteristics and refreshing effects make it a popular choice for hot days, spending time with friends, or after finishing up with a day at work. Just like other alcoholic beverages, drinking beer too much or too often can be bad for your health.

But because of its nutritional properties, moderate beer consumption can actually have benefits for the body. Not many people know this, but beer only has 45 calories per 100 mL and is a great source of vitamins, minerals, and antioxidants.

So, today we’re going to go over 9 of beer’s main benefits, to remind you that it’s not so bad to have a beer every so often.

Along with calcium, silicon is an essential mineral for maintaining bone health. Beer contains large amounts of this mineral, which can help increase bone density in older people.

Read more: How to Maintain Bone Density after Menopause

But drinking more than 2 glasses a day can also lead to an increased risk of bone fractures.

One of the reasons you feel the need to pee after drinking a beer is because it has a diuretic effect. Because it’s 90% water, low in sodium, and has lots of potassium, drinking beer also stimulates the release of retained fluids.

Plus, thanks to the hops in it, drinking moderate amounts of beer reduces your risk of kidney stones by up to 40%.

One of the polyphenols in beer, xanthohumol, is a powerful antioxidant that may help prevent cancer cell growth. This is claimed by some recent research.

It also contains nutrients that work as good complements for hormonal treatments in women.

Hops, one of beer’s main ingredients, have anti-inflammatory and anti-bacterial properties. This means that drinking beer can reduce the risk of diseases associated with aging.

Hops can also be a big help in controlling arthritis and other diseases involving excessive inflammation.

6. It’s rich in vitamins and minerals

Grains like barley and wheat are used to make beer, along with water and yeast. The grains are full of nutrients that survive the brewing process. In fact, the fermentation and filtering process actually strengthens them.

Beer is a natural source of:

7. It may help control cholesterol

People who drink alcoholic beverages in moderation have higher levels of good cholesterol (HDL). This type of healthy fat reduces excess lipids in the blood, which can prevent clots and blockages.

8. It may help slow aging

The active compounds in beer control the body’s inflammatory processes and reduce the likelihood of developing chronic diseases.

It also contains a large number of antioxidants, molecules capable of preventing the damage caused by free radicals.

Basically, even though it can come with all the problems of any other alcoholic beverage, drinking small amounts of beer is actually good for the body.

Enjoy it as part of a nice, relaxing moment or have it a few times a week as part of your diet.

Health
Medical Treatment for Calluses on Hands and Feet

Calluses are growths on the outermost part of the skin; calluses usually appear on the hands and feet. They're also…