8 Tips to Win an Argument

Knowing how to put yourself in the other person's shoes and empathize is one of the best ways to win an argument, since it lets you focus on finding a solution. 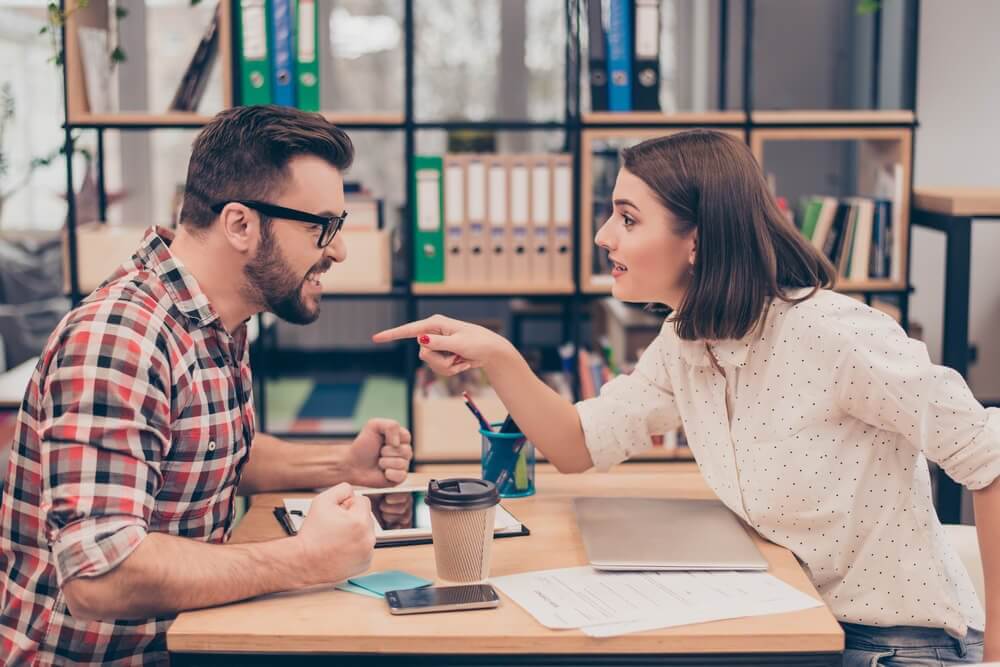 No one likes having arguments with the people around them. However, in some cases they are necessary to agree or express your point of view. In this article, we’ll give you some tips so that you can win an argument.

How to Win an Argument

First of all, it’s not good to fight and always better to try to reach an agreement like civilized people. However, the truth is that some individuals who are around us don’t “know how” to act in a way that isn’t a loud discussion.

In addition to avoiding these situations that cause us to argue, the following steps could teach you a few things on how to win an argument.

We recommend you read: Constantly Feeling Guilty and in a Bad Mood (Concealed Depression)

Don’t forget that fights are irrational and don’t let us think properly. Keeping calm is one of the main tools to have available to win a discussion.

It’s important to be receptive to what the other person has to say and to abandon emotional connections. This way, you can think logically and not be guided by strictly emotions.

Being civilized also means respecting the other person’s opinion and letting them talk (in whatever tone they want) without changing your own attitude.

One of the best ways to win an argument is to have all of the necessary data that will let you refute or emphasize an idea.

To talk authoritatively, you need to have all of your information available. Perhaps the other person is arguing because they are unaware and once they hear the facts you have, they might change their mind.

It’s not a matter of fighting just to fight, but rather to put all of the tools or resources on the table so that the other person sees things from another perspective.

Sometimes, discussions are because of something that is beyond you or isn’t directly relate with you. For example, if your boss is in a bad mood because a client treated them poorly and they want to blame someone else that really has nothing to do with it.

When you convert a discussion into something personal, the battle is lost. Why? Because feelings most likely come to light and it doesn’t let you see things clearly.

Honestly, one of the best ways to win a discussion… is to not want to win! This might sound confusing, but it really isn’t.

If you have the attitude of “fight to the death” when you’re in an argument and don’t let anything possibly change your mind, the other person will act the same way.

On the other hand, if you show interest in what the opponent has to say and have the intention to come to an agreement that benefits both sides, it’s more likely that you’ll “get what you want”.

5. Look from the Other Perspective

Sometimes you don’t think something is a problem but it is for another person (or vice versa). It’s never a bad idea to put yourself in the other person’s shoes.

Changing the perspective of the situation can be a huge help in winning a discussion without having to accept everything that they are saying but ny understanding where they’re coming from.

Knowing what you understand is the first step to breaking down the wall that you build when you fight. This includes separating yourself from the fight and focusing on a solution, helping end the discussion.

This is one of the keys because it helps you stand firm in your convictions and your goal of finding a solution to the problem.

When you argue with someone, sometimes they want to veer off topic and talk about things that happened in the past that might not be solved or that were left out.

When this happens, try to get back to the main topic. Don’t let it go off-topic because then nothing will get solved.

This technique can also be very useful to win a discussion because it allows all involved parties to think about a solution.

Instead of asking accusatory questions or something narrow, you can ask them in a way that makes everyone feel included and not threatened.

For example: How do you think we could improve our finances? What do you think about the two vacation destinations that we chose? How can we prevent the clients from choosing our competition? etc.

It’s so important to keep this in mind, since arguments can let our our feelings and it may be difficult to control or calm them.

It’s difficult to take control of your emotions, above all in sensitive or delicate topics; however, it isn’t impossible.

How can we prevent ourselves from being guided by them? By keeping calm, breathing deeply, and if it’s necessary, taking a walk through a park.

Remember that it’s not stronger to yell nor weaker to cry, but rather about keeping calm and in control of your thoughts and emotions.

Of course, carrying out all of these techniques or tips is something that requires lots of practice, concentration and attention. The best of all is that the results are visible and this will make you want to keep improving.

The Proofs of Love: How solid is your relationship?
Wooing your partner every day and caring about how they feel are two proofs of love and ways to keep your relationship alive and well. Read more »
Link copied!
Interesting Articles
Conflicts
The Fear of Abandonment in Romantic Relationships