Ending a relationship with someone in a healthy and considerate way could be the start of the healing process and positive growth. 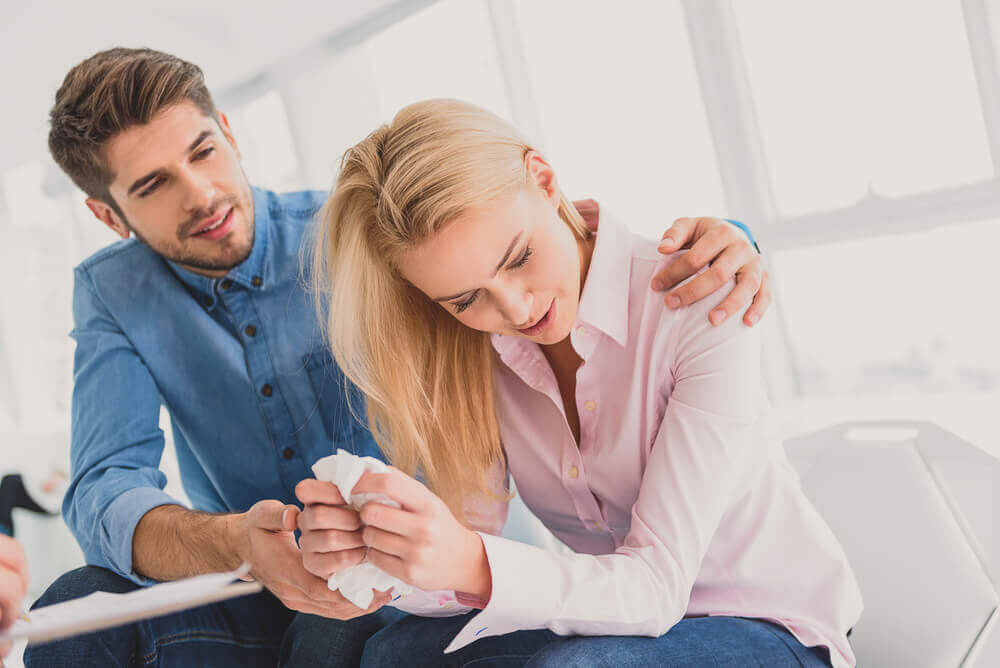 In most cases, ending a relationship isn’t easy. This is especially true because emotions can run high and it can be hard for us to end an era, too. After everything, it’s never easy to say goodbye.

In this kind of situation, we don’t only have to grapple with our own interior world, but also with the emotions of the other person. When someone is really important to us, we try hard to find the right words or do the right things to minimize their hurt. By doing so, in a way we’re looking for some assurance that things will be okay.

To help both people move forward and find their own paths after the end of a relationship, we need to think about the following aspects.

1. Don’t wait for the perfect moment

Some people can’t bring themselves to end a relationship because they think that there’s a perfect moment to end it. The truth is very different. There isn’t a perfect time for the end and, thus, we shouldn’t wait to do it.
Trying to find the perfect circumstances to bring an end to a relationship can hurt us just as much, or even more, than being indifferent to the situation.

We suggest that you prepare yourself for the break-up when you feel like the relationship that you’re in isn’t going anywhere. For starters, you can stop making plans together. This step will prepare you to open the conversation.

Remember that you don’t need anyone’s permission, nor do you need to be better than anyone to end a relationship. Not wanting to be in the relationship anymore is more than enough reason to end it. You need to be able to trust yourself as well as your decisions and good will.

Also see: The Fear of Being in a Romantic Relationship Again

2. Prepare the setting for ending a relationship

Once you’re ready to end a relationship, look for a tranquil place where you can have a good conversation. Avoid distractions and stressful elements. It can be anywhere as long as you feel comfortable and can easily talk without feeling watched or judged.

Both people should stay away from any situation in which third parties could have an influence or create conflicts.

3. Don’t forget to mention good things about the other person

Sincerity is key in every conversation. However, when ending a relationship, it’s even more necessary.

Aim to set a gentle tone for the conversation. Even though you might dealt with complicated situations, try to keep calm.

Sometimes we’re afraid to start the conversation because we know that we’ll immediately be labeled as the bad guy. However, if you know why the relationship won’t work, you have to talk about it as soon as possible. Doing so will give both of your the chance to grow and look for other relationships.

We recommend that you read: Types of Breakups that Shatter Our Hearts

Digital media can make communicating easier but they can’t replace certain things entirely. When we have to end a relationship, the best way of doing it is by getting together, in person, face-to-face. We all need a little dedication from the part of others. Especially when we need explanations.

Think about it: don’t hurt others in the ways you don’t want others to hurt you. If you’re worried about not being able to express yourself properly, organize your ideas first. You can use whichever method that you prefer, even on paper, but the most important thing is finding the physical space and time for the other person.

5. Make sure to use clear words

Sometimes, we think that talking about ending a relationship is enough to end it, even without being clear in what we’re saying. The problem is that for one person, the message might be clear, but for the other, not so much.

In order to prevent any kind of confusion or any doubt on the other end, be specific with your words: “end”, “stop being a couple”, “separate”. Speaking as such with help both of you understand the situation clearly. It’s the first step for moving forward.

Even if you think you have the worst relationship, don’t compare yourself to the other person. Comparing is embittering and doesn’t help you in any way. Keep in mind that both of you worked together and though it didn’t work out, there were always some good moments.

If you’re currently in another relationship, or if you’re seeing someone new and that’s why you’ve decided to end your current relationship, avoid making the other person feel bad about it. It’s not healthy for you, nor for anyone.

7. Assume your responsibilities and avoid punishing the other person

In a romantic relationship, there are two people. Those two people are responsible for what happens between them. So, blaming your partner for deciding to end the relationship isn’t healthy. Remember that blaming the other person implies that there’s a need for punishment. There is no reason for you to punish anyone.

During a breakup, it’s normal to go through a lot of emotions. At some point, your partner might be harsh or make hurtful comments. When you notice that happening, suggest taking a breather.

Go out for a walk or even just look out at the horizon in silence for a few minutes. With these tips for ending a relationship, we hope that you can overcome it as best you can. You can do it!

Three Fatal Errors at the End of a Relationship
We make many mistakes that need to be learned, but there are some very grave ones that we’re often not aware of at the end of a relationship. Some of them are inevitable. Emotions play tricks on us and we also depend a lot on the circumstances we’re in to put an end to the relationship. Read more »
Link copied!
Interesting Articles
Breakups and divorce
How to Overcome Depression Due to Infidelity