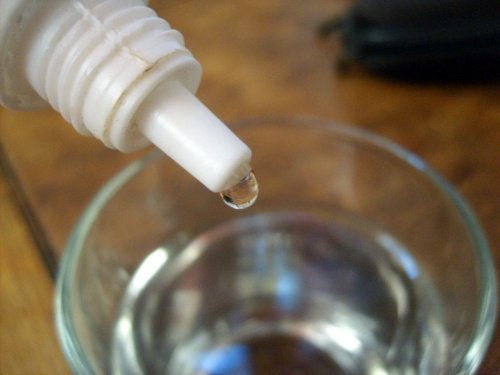 Hydrogen peroxide (H202) is a popular product around the world that’s present in most people’s medicine cabinets. However, did you know there countless hydrogen peroxide remedies out there?

Generally, hydrogen peroxide is used to treat and disinfect wounds. This is because it’s a powerful antibiotic that helps protect your skin from various types of microorganisms. However, there are many more ways you can use this household product for your health and beauty.

Before we begin, however, it’s important to note that the product you buy should come from a pharmacy or grocery store, it should be packaged in a dark bottle, and it should be 3% strength (maximum 5%). Otherwise, it could be harmful for your health.

Out of all the many treatments available today for this common skin problem, few people know that something so simple and cheap as hydrogen peroxide can be such a great help.

Without a doubt, this is one of the most common uses for hydrogen peroxide thanks to its ability to fight bacteria and disinfect the area around a wound.

Athlete’s foot and nail fungus can be annoying and painful for the people who suffer from them. It’s important to take action against these problems, as they can adversely affect the health of your feet.

One of hydrogen peroxide’s more popular uses in the world of beauty is to add natural highlights to your hair. In fact, it can even be very useful for lightening those darker hairs that can sometimes appear above your upper lip.

That said, it’s not recommended for people with very dark hair because it could create a yellowish or orange tinge.

Another one of the most popular hydrogen peroxide remedies is mouthwash.

The antiseptic properties of hydrogen peroxide make it a good ingredient for preparing homemade mouthwash. It’s powerful enough to kill the bacteria that cause bad breath.

Thanks to hydrogen peroxide’s mild bleaching effects, it’s an ideal way to reduce the appearance of spots on your face as a result of sun exposure or hormonal changes.

8. Hydrogen peroxide for your ears

The buildup of earwax can be both annoying and harmful to your hearing.

Hydrogen peroxide facilitates the easy removal of earwax while also helping to prevent infections in the inner ear.

Give some of these hydrogen peroxide remedies a try!

Did you know that it's possible to use natural vegetable oils to hydrate hair? Climate, chemical and physical treatments, stress,…

Fennel seeds have become popular in recent years because of their nutritional properties. Fennel is a sweet-smelling herb, originally from…

Some natural remedies help ease migraine symptoms in children. According to information published in the Migraine Research Foundation, this condition…

Medicinal plants
The Benefits of Cardamom According to Science

The benefits of cardamom have been documented for hundreds of years. However, it wasn't until a short time ago that…

To relieve a sprained ankle you need to follow a series of steps that we all know about. Use crutches,…

Medicinal plants
The Benefits and Contraindications of Marjoram

Marjoram (Origanum majorana) is an herb known in Mediterranean cuisine for its aromatic nature. The plant belongs to the Lamiaceae…