If, among other symptoms, you feel discomfort during urination or sexual intercourse, it could be indicative of cervical cancer. Being overweight can also increase the risk of developing this disease. 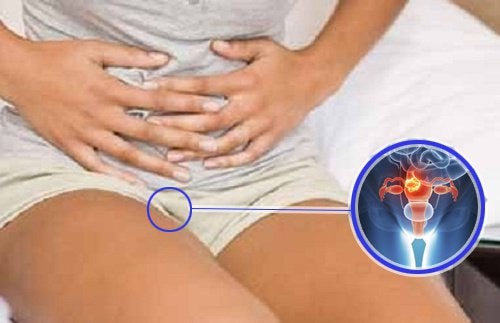 Until about 40 years ago, cervical cancer represented one of the greatest threats of death for women. Today, due to medical and technological advances, deaths from this disease have declined significantly. However, since it continues to be a threat, we should know about the main warning signs of cervical cancer.

Research, medicine and technological advancement have been able to determine key symptoms that allow the detection of the disease in time to give early treatment. For this reason, it’s important that all women are well informed about the warning signs of cervical cancer and consult a doctor early if they feel they’re at risk.

What are the Risk Factors for Cervical Cancer?

Knowing the risk factors for cervical cancer is also very important for prevention or timely detection. With this information women can identify if they’re potentially at risk of developing the disease.

What are the Warning Signs of Cervical Cancer?

One of the disadvantages of cancer is that it is often a silent disease in its early stages; this is one of the reasons why there continue to be many deaths from this disease. However, being warned in time by the symptoms is key to timely detection and treatment.

One of the most common signs of cervical cancer during the early stages is pain and swelling in the legs. This happens because the cervix swells and prevents normal blood flow, ultimately causing this painful sensation.

It can be one of the signs of cervical cancer.

This is one of the most common signs of cervical cancer. Some women have irregular periods and should consult a physician to determine the possible cause of the irregularity.

If until now your periods have been normal and now you start bleeding between periods or after sexual intercourse, it’s important to take warning and consult with a doctor.

What happens following urination can help detect cervical cancer in several ways. The most obvious symptom is discomfort with urination, such as itching, tightness and other sensations that make you feel uncomfortable.

This symptom, in the vast majority of cases, is indicative of a urinary tract infection. However, when these urinary symptoms are frequent and lasting, it’s very important to seek immediate medical attention.

Apart from the discomfort, changes in urination habits can also be a key signal to detect this disease.If you begin to suffer from incontinence, urinating more often than usual, or you notice discoloration, these are key warning signs.

Pelvic pain is usually very common during a menstrual cycle.

However, when the cramps and pelvic pain last longer than normal, or are more frequent or intense, it’s important to be alert and consult a specialist.

These 7 Factors May Lead To Cervical Cancer
Cervical cancer is the fourth leading cause of death among women. Discover 7 factors that may lead to the development of this deadly disease in our article. Read more »