7 Strange Facts about Your Pupils

Your pupils aren't just a window into your soul, they are also a reflection of your health. Check out today's article to learn more about your pupils and protect your health. 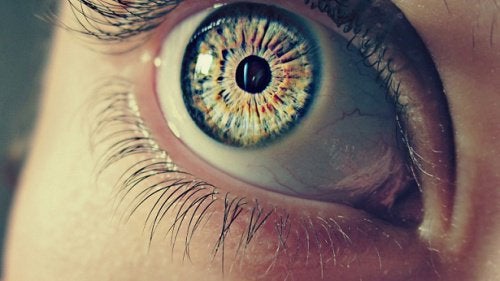 The eyes are the windows to the soul, capable of opening up like flowers into a universe of emotions and feelings. Have you ever stopped to wonder what your eyes could be telling you? Today, we’d like to invite you to take an exciting look into the dark, magical, and intriguing centers of our eyes with these strange facts about your pupils.

As you already know, this part of the eye is responsible for regulating the amount of light that enters the eyeball. But aside from this, it hides many more secrets. Discover these strange facts about your pupils. We’re sure you’ll find them as interesting as we do!

Optography is a term that’s not well-known nowadays. However, in the 19th century, this was a common term. It refers to the discipline that physiologist Friedrich Wilhelm Kuhne developed in 1881. He used it to analyze the pupils of murder victims.

People believe that the murderer’s image would be photographically imprinted into the victim’s pupils. They did numerous microscopic-level studies to find out if this would be possible.

Read more here: 5 Things Your Eyes Say About Your Health

In fact, the pupils of some of Jack the Ripper’s victims were analyzed. Unfortunately, they were unable to obtain any clear results. Today, optography is grouped with the paranormal sciences.

2. Your pupils and emotions

Strong emotions like joy, enthusiasm, and even sexual desire noticeably dilate the pupils.  There are studies that confirm the relationship between sexual inclination and pupil dilation.

3. Trying to solve a complex problem

When we find ourselves immersed in a problem or situation that requires a high level of mental concentration, our pupils dilate more than they do with normal dilation triggers.

Nevertheless, if you add stress or anxiety to the difficult task, you’ll also experience strong emotions and cognitive saturation.

It’s a natural and instinctive reaction. Human beings feel immediate disgust towards certain things such as unpleasant odors, dead or decomposing materials, and even unpleasant stimuli like violence.

These experiences also have a direct effect on your pupils, causing them to dilate, as confirmed by this study that showed participants negative and neutral images and analyzed the reaction of their pupils. Have you ever noticed this? The emotional impact is mixed with the natural physiological reaction of disgust and the need to escape.

You probably already guessed this. The autonomic nervous system reacts to the sensation of pain and activates our flight response. Studies show that one of our body’s first reactions when experiencing pain is pupil dilation.

Do you know why this happens? When the flight response is activated, our brains need all the senses functioning at peak performance. Thus, your eyesight needs to be 100% sharp to detect any potential dangers in the environment. Interesting, isn’t it?

6. Chemicals in the environment

We can’t ignore the fact that our eyes, and consequently our pupils, are really sensitive to chemical agents in the atmosphere. So, for example, if you notice that your pupils are constantly dilated, you should seek medical attention immediately.

Dilated pupils (as well as constriction of the pupils, called miosis) can also be caused by:

This information is really important. If after taking a blow, you or someone close to you notices that your pupils are dilated, it’s vital to seek immediate medical attention. You may have internal bleeding or a neurological problem that requires immediate intervention.

Sometimes, dilated pupils are also a sign of a brain tumor or stroke. In this case, it could be permanent: the pupils are constantly dilated and don’t contract despite exposing the eyes to a direct light source.

As you can tell, our pupils aren’t only a reflection of our emotions. They’re also an indicator of our health. This is why it’s worth paying attention to them.

5 Things that You Didn’t Know About Your Eyes
Eyes are a window to the soul and, such is the case, you should know the most important details about your eyes and how they work, what it means if your eyes are a certain color, and other aspects that you might brush over completely. Read more »
Link copied!
Interesting Articles
Did you know?
New Year's Traditions Around the World