7 Factors That May Cause Early Menopause

Worried about the effects of menopause? Although you shouldn't have to worry about menopause if you're not that old, it may manifest itself earlier. Therefore, to reduce the risks involved, you should maintain a healthy lifestyle and get regular checkups. 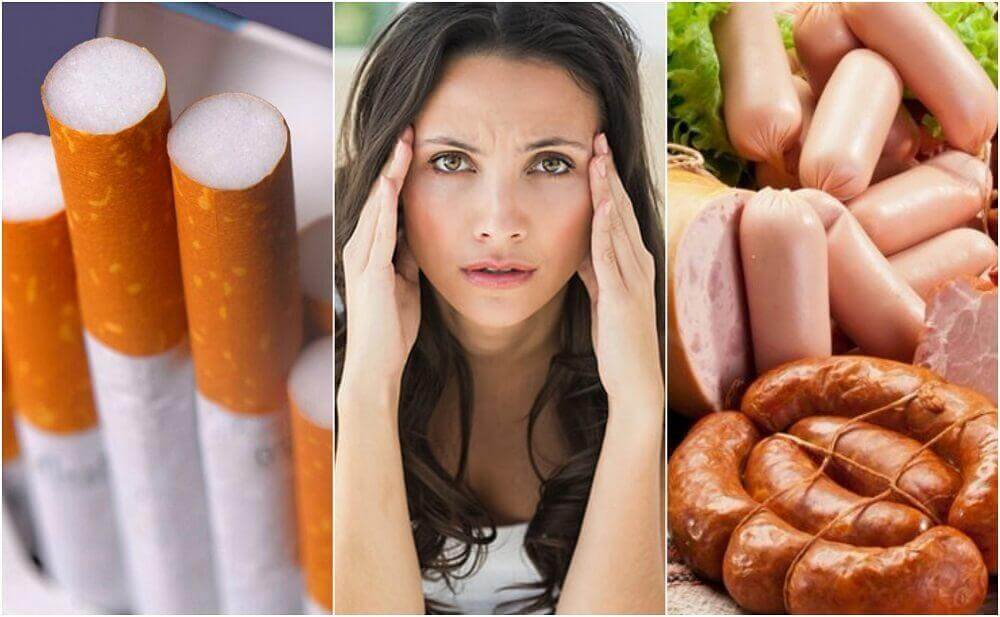 Menopause is when a woman stops having menstrual periods and no longer can become pregnant. It involves a series of hormonal changes in women between the ages of 45 and 55.

However, there are many factors that can disrupt the female reproductive system. These factors are what’s known as early menopause.

This condition starts to manifest before the age of 40. It’s characterized by menstrual irregularities until periods disappear completely.

Due to the changes involved, it’s related to an increased risk of some chronic diseases, emotional disorders, and other symptoms that affect the quality of life.

Although it may be caused by a genetic disorder, many cases are the result of the impact that some factors have over hormones.

Read more about them in this article.

Women who smoke or who are exposed to tobacco smoke are more likely to have early menopause compared to women who don’t.

These consequences alter estrogen and progesterone activity, thus influencing the advancement of menopause.

The thyroid gland plays a role in many of the body’s vital processes. Also, this gland is really important for optimum utilization and distribution of hormones.

For this reason, when there’s something wrong with this gland, there’s increased risk of early menopause or reproductive health problems.

Diseases such as hypothyroidism can cause early menopause symptoms, such as an absence of menstruation, mood swings, and hot flashes.

In addition, women who undergo certain types of surgical procedures are more likely to have early menopause.

Removing an ovary or the uterus lowers estrogen and progesterone levels. Thus, this accelerates the end of the fertile phase.

The removal of both ovaries causes immediate menopause. Furthermore, it can also be a side effect of cervical cancer surgery or pelvic surgery.

These two treatments used to fight cancer may be responsible for the early onset of menopause.

They prevent harmful cell growth. However, they can destroy some healthy cells, causing early ovarian loss in some cases.

Among the many side effects of eating processed meats , doing so may also cause early menopause.

They may look and taste great. However, processed meats have many chemicals called nitrates and nitrites, which can cause hormonal problems.

Also, it was found that eating them affects metabolic health, which also affects the early onset of menopause.

Take a look at this article: Foods That Contain Nitrosamines and are Potentially Carcinogenic

Autoimmune diseases are characterized by abnormal production and use of antibodies. This leads to an “auto-attack” on healthy tissues.

This causes many reproductive health issues and often leads to early menopause.

Here are a few autoimmune diseases:

Many regulators are trying to stop some harmful components from being used in the manufacturing of beauty and hygiene products. However, some of the products that contain these substances are still on the shelves today.

Thus, their absorption or constant inhalation may influence the onset of thyroid abnormalities and hormonal disorders.

Worried about the effects of menopause? Although you shouldn’t have to worry about menopause if you’re not that old, it may manifest itself earlier. Therefore, to reduce the risks involved, you should maintain a healthy lifestyle and get regular checkups.