6 Interesting Facts About the Human Brain

The human brain has been, is, and will always be a great source of mystery and fascination. However, today we know a lot more about how it works than ever before. 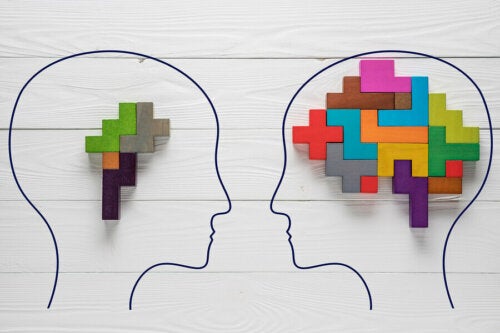 Rivers of ink have been written about the most important organ in the human body: the brain. However, despite this, how it works and the potential it may have remains a mystery to science. In this article, we’ll share some interesting facts about the human brain that you don’t know.

As the years go by, scientific research on this fascinating organ advances and sheds light on its enigmas. Keep reading to learn interesting facts about the human brain that will astound you!

6 interesting facts about the human brain you didn’t know

Are you a curious person? It’s likely that you are and that’s why you’re reading this article about the brain. However, you should know that what brought you here has an explanation.

When something catches your attention, it can be said that your brain chemistry changes. In this way, it prepares you to retain more information and increases your learning capacity thanks to dopamine. That’s why it is always easier to learn about things that interest you, according to research published in 2014 in the journal Cell.

2. The human brain can survive up to 5 minutes without oxygen

The brain needs a constant supply of oxygen and nutrients to function. However, have you ever wondered how long you can last without oxygen (cerebral hypoxia)?

Some brain cells would begin to die less than 5 minutes after the arrival of oxygen was interrupted, according to MedlinePlus. This can happen, for example, if you inhale smoke in a fire, due to suffocation, or at high altitudes, among other causes.

3. The size of the brain

In general, men’s brains are approximately 10% larger than those of women. However, this is because you must take into account that their bodies tend to be larger.

However, one part of the brain tends to be larger in women: the hippocampus. This is related to memory. This is confirmed by studies such as the one published in 2014 by the journal Neuroscience & Biobehavioral Reviews.

Another interesting fact about the size of the brain is that the Neanderthals had the largest brain size that we know of. This is confirmed by research published in 2012 in the journal Evolutionary Biology.

4. The human brain and GPS

Did you know that using your GPS or navigator to locate or reach your destination instead of your own sense of direction is bad for you? Using a GPS impairs this brain capacity that humans have been developing since ancient times.

This is confirmed by research published in 2017 by the journal Nature. Using MRI, the team of researchers who carried out this study were able to observe changes in some parts of the brain related to orientation.

This innate ability is based on certain neural connections. By not using this involved part of the brain regularly, we no longer need it and therefore we don’t develop it. Likewise, this same thing can happen with other capabilities that today are being replaced by different technological applications.

The brain begins to slow down at the age of 24. Does that surprise and worry you? You should also know that different cognitive skills have different ages at their high point.

This is confirmed by research published in the journal PLOS ONE in 2014. The authors conducted a study to determine cognitive performance during adolescence and adulthood in a sample of video game players.

Through this study, they were able to observe that, starting at the age of 24, there was a decrease in the response time of the study participants.

6. The brain, that mysterious organ

Finally, the brain will always be the subject of study. Likely, we’ll never be able to understand all the mysteries around it, since each person is unique and many factors influence brain development.

What we do know, because this is objective data, is that the brain makes up about 2% of our total body weight, but uses a fifth of its energy and oxygen consumption.

Also, it is three-quarters water. With just 2% dehydration you could start to suffer cognitive difficulties. Therefore, you shouldn’t forget to drink enough water throughout the day, particularly outside of meals and especially if you sweat a lot!

The Best Physical Exercises for a Healthy Brain
Exercise is good for your body, but did you know that it also makes for a healthy brain? This is because it helps improve the brain's cognitive processes. Read more »
Link copied!
Interesting Articles
Did you know?
Why Do We Have Armpit Hair?