6 Harmful Effects of Divorce on Children

Divorce doesn't just affect the lives of parents. Unfortunately, there are also several harmful effects of divorce on the lives of the children involved. 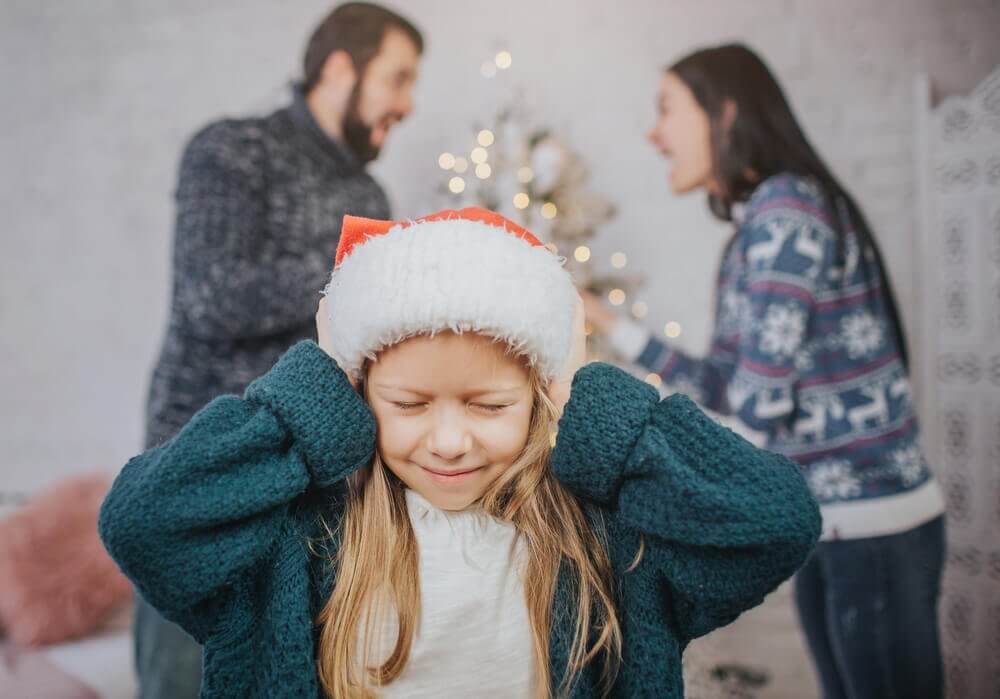 Unfortunately, there are harmful effects of divorce on children.

Divorce affects other aspects of children’s lives, such as education and, in some cases, even health. It’s much more than the dissolution of the marriage bond. When parents are separated, it can break down a child’s world.

The separation process causes a state of grief that every member of the family must cope with. Although experts attest that children will manage to adapt and accept it, what’s certain is that no one is left unharmed by a divorce.

The Causes of Divorce

Some of the most common causes of divorce include:

How a Divorce Can Play Out

There are two types of procedures typically used for divorce, which we’ll describe below:

This is best for couples who have children because it has less of an impact on them.

In this type of separation, a couple works through their friction in harmony. Constant arguments that could harm the children are avoided, thus lessening the harmful effects of divorce.

Visit this article: 8 Tips to Win an Argument

In this case, one spouse will file a complaint and justify their reasons for requesting the divorce. The other spouse generally will disagree with the decision and oppose it outright, generating conflict.

As you can imagine, there are more likely negative effects of divorce when this occurs.

The Harmful Effects of Divorce on Children

The ability of a child to overcome the damage caused by divorce will differ case by case. It will largely depend on how both parents handle the separation.

Nevertheless, here are some common harmful effects of divorce on children:

Depending on their age and ability to face new situations, divorce can leave a large or small mark on a child’s self-esteem. During a divorce your child might feel like they’re not important or that their parents aren’t considering them in the process.

This is typically because parents invest a lot of time in the divorce and that takes away from the attention they pay to their children. If they lose that interaction with the spouse who no longer lives at home, the child may feel abandoned.

It takes several years to overcome the loss of having both parents under the same roof. If communication between the parents is poor, the child may believe that they’re responsible for the split.

This can happen if both parents aren’t sufficiently mature to face the conflict and accept their responsibility, thus reinforcing a feeling of abandonment.

Involving your children in your divorce will only make them more vulnerable. They should never be put in the position of having to choose between one parent or the other. This will only cause greater emotional damage. They’ll feel guilty regardless of who they choose.

Losing a familiar lifestyle and the happiness they once had at home will generally create uncertainty. If they have to move out of the house, change schools, and leave their friends, depression can appear. They also lose the security and confidence that they got from their parents’ love through family activities.

It may also be the case that they’re forced to live with just one of the parents. If the time they get to spend with the other parent is too little, their attitude can go from depressed to hostile.

Children are likely to find separation hard to accept and invent fantasies of a reconciliation. When this ultimately doesn’t happen, it can increase their frustration and depression.

Another one of the harmful effects of divorce is social difficulties. During the separation, the child might only think about what’s going on at home. That can decrease their motivation to play and share with their friends.

Academic performance may also be affected because they’re so concerned with the family situation that they neglect other aspects of their lives. Children need to have some distance between their parents’ divorce and their day to day lives.

Read also: Tips to have a day full of motivation and joy

5-Fear of the future

Moving from a state of family happiness to one of separation can destabilize anyone. Anything that a child could imagine won’t prepare them for losing a parent. Divorce generates a tremendous amount of uncertainty about the future.

This experience can affect them in relationships they have down the line. Most likely, they’ll be afraid to settle down or get married themselves, recalling the experience of their parents’ divorce.

Psychosomatic diseases are among the many damages caused by divorce. These are due to the high levels of stress during the process and anxiety about their new and unfamiliar way of life.

The pain your child feels when you’re going through a divorce is not made up: they truly feel sick. Because of this, it’s best to seek professional help to deal with the emotional effects of divorce and help them face the coming changes.

Tips to Make Divorce an Opportunity for Growth
You can make divorce an opportunity to grow, if you see this experience from the right point of view. However, our tendency is to complain, feel we are victims of circumstances and, if we can, blame the other person for the break-up. Read more »
Link copied!
Interesting Articles
Did you know?
Vegan Meat Substitutes: What Are the Best Options?