Are you exposed to the effects of these brain enemies? If so, try to take measures to limit them before they generate any complications. 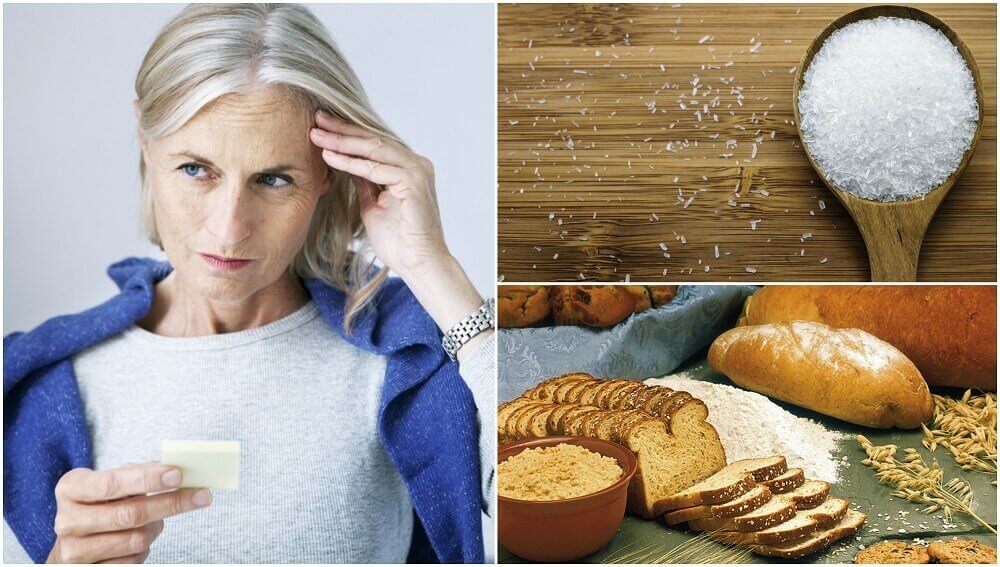 Our cerebral health depends on many internal and external factors. Although many diseases that affect our brain are of genetic origin, the recurrent practice of certain habits can also cause a significant deterioration.

It’s inevitable that some of your functions deteriorate as part of aging. However, sometimes we ignore “enemies” that lead to premature wear of neurons and tissues.

Among these we find certain common foods that contain substances that have harmful effects on the brain.

In this article, we’ve compiled a list of the 6 main ones so that you try to limit them in your diet before they have a negative impact.

Monosodium glutamate is a component that’s often found in packaged or canned foods. It’s a concentrated salt that’s used in order to preserve food for longer while maintaining its flavor and smell.

Its regular consumption an cause an increase in the production of dopamine in the brain. As you may know, dopamine is a substance that produces a sensation of momentary well-being.

However, the problem is that it also has a high concentration of so-called “excitotoxins”, which negatively impact cerebral health.

These are linked to the development of Parkinson’s disease, Alzheimer’s, dementia and chronic fatigue.

Fluoride is one of the elements that is added to drinking water in order to maintain its purity. Consumers don’t notice it, but it’s very common in tap water.

Despite its common use and function, scientists have begun to question it regarding to the possible effects it has on human health.

Next, refined sugar and all its derivatives have been classified as one of the main “white poisons,” along with salt and refined flours.

Overall, too much sugar intake alters the functions of the metabolism and puts at risk the cognitive functions.

After it enters the body, it limits the function of the BDNF protein, which is responsible for performing important functions within the nervous system.

As a result, problems can occur in memory, and it can also cause difficulty in the connection between neurons and depression.

Sweeteners are substances used in the food industry to replace sugar. Although some are of organic origin, most are made with chemicals and artificial substances that aren’t healthy.

Many doctors think of these as “poisons to the brain.” After all, they’re are responsible for the excitation and overstimulation of neurons.

Substances such as aspartame and saccharin can trigger disorders in the nervous system  and cause anxiety, migraines and speech difficulties.

Often, they concentrate in packaged industrial foods or those with “light” or “low sugar” labels .

Visit this article: 6 Tricks to Strengthen your Nervous System

Foods with high concentrations of gluten have become part of the list of “enemies” for our brain health.

This set of proteins, present in several cereals, adhere to the small intestine and produce several metabolic disorders.

Its poor assimilation increases inflammatory imbalances and the risk of suffering associated diseases.

While many have no sensitivity to the component, it can generally affect the nervous system when you consume it in large quantities.

Alcoholic beverages contain toxins and chemical compounds that can lead to significant deterioration of brain functions.

Its excessive consumption directly affects the functioning of the liver, but can also lead to a problem known as ” brain fog.” This condition is characterized by a state in which the brain feels cloudy and cannot think clearly.

In addition, it interferes with the functioning of the nervous system and can increase anxiety and depressive states.

Are you exposed to the effects of these brain enemies? If so, try to take measures to limit them before they generate any complications.

In addition to this, try to adopt habits and exercises to strengthen cognitive functions.

8 Warnings From Your Body Before A Cerebral Stroke
While a cerebral stroke can come up suddenly, there are certain warning signs that can develop beforehand. In this article, we'll tell you about each one. Read more »
Link copied!
Interesting Articles
Did you know?
New Year's Traditions Around the World