6 Effects of Psychological Abuse that You Should Know

To think that it's your fault that you are being abused is wrong. Nobody has the right to violate you; psychological abuse is very dangerous. 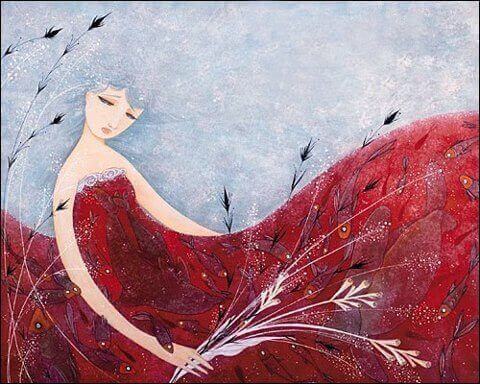 The effects of physical abuse are easy to see. After all, nobody can hide a broken arm, black eye, burn, swollen lip or bruise. However, when it comes to psychological abuse, manipulation, mistreatment, and emotional assault, things change.

You can’t touch it, see it, or x-ray it. The impact it has is so complex that the victim often feels unable to ask for help.

How can you explain it? How can you expect them to believe you if what hurts is your self-esteem and your identity, the most intimate and private parts of you?

It’s not easy. It doesn’t help that many times there aren’t good systems out there for the woman or man that is being abused to report it.

Sometimes, they don’t dare. There is fear and they are scared of the possible consequences – especially people not believing them.

Psychological abuse is devastating and cuts live short for one very concrete reason: it comes from people close to you, people you trust and oftentimes even love.

Let’s take a look at the impact this can have on your mind and emotions.

The most heartbreaking, negative thing is to start blaming yourself for everything that’s happening to you.

It’s a very common thing that is related to how psychological manipulation is seen from the outside.

One example: “The person being abused is letting themselves be abused,” or, “She’s weak, she lets him push her around, hurt her, and control her.”

Be very careful with these statements. The person being abused is in emotional chaos and in an extremely complicated situation that is not so easy to get out of.

It’s common to feel ashamed of yourself when you think about how you’ve gotten into the situation.

Another thing that happens a lot is that you feel unable to react, you feel too alone and isolated to be able to get out of this hole by yourself.

However, it’s important to remember that it’s not your fault and there is always a way to get out.

Read this too: 7 Keys to Resilience: Courage Comes from Within

When you experience high levels of anxiety, stress, and constant suffering, structures in your brain such as the hippocampus, associated with memory, usually lose volume and connectivity.

On the other hand, a feeling of things being unreal is very common too.

It is a defense mechanism where your mind creates a distance from reality in order to de-personalize it, so you can think that “This isn’t happening to me.”

There are times when you hope for things to change when you think that things can improve and happiness, wholeness, and balance are within reach.

However, it doesn’t take long before you fall back into the hole. Frustration, anger, and rage reappear, along with hopelessness and fear.

It is common to experience a whole kaleidoscope of feelings and emotions. You feel like you have no control over your own life.

A victim of psychological abuse isn’t physically assaulted, but the suffering they will sooner or later be experienced by their physical bodies.

The chronic emotional malaise ends up manifesting itself under characteristic symptoms like fatigue, insomnia, headaches, muscular and joint pain, digestion problems, and recurring infections due to a weakened immune system.

This is without a doubt a very common effect.

Read this too: 5 Reactions of Highly Sensitive People

Learned helplessness is another common symptom. The person who is abused in this way will end up thinking at some point that nothing they can do is of any use.

Oftentimes, they end up telling themselves that nothing they say or do will be able to stop this abuse.

It is another reminder of the basic, essential importance of treating anyone who is showing signs of any kind of abuse with sensitivity and warmth.

Never voice doubts like “But what are you saying? Are you sure she’s doing this to you, or are you just being dramatic?”

The only thing words like those will accomplish is plunge the person into deeper hopelessness, push them away, and intensify their feeling of loneliness.

When the person starts telling themselves that there’s no way out, suicidal thoughts may begin. At first, they are vague ideas, a passing desire.

But the fateful moment may come where it looks like it’s the only solution.

If there is anybody around the person, they must be very sensitive to any and all signs, words, body language, behavior.

Psychological abuse does leave a mark. It does leave signs in the person’s behavior.

Be aware of this reality and help those who most need it, because psychological abuse is more dangerous than people think.

6 Remedies to Treat Depression Naturally
It is important that, if you are following medical treatment for depression, that you consult a specialist before using these remedies, and that you never substitute your medication without their consent Read more »
Link copied!
Interesting Articles
Conflicts
The Fear of Abandonment in Romantic Relationships