A parent can provide the necessary food, clothing, a safe home, and give all the toys their child asks for and still be an absent parent. 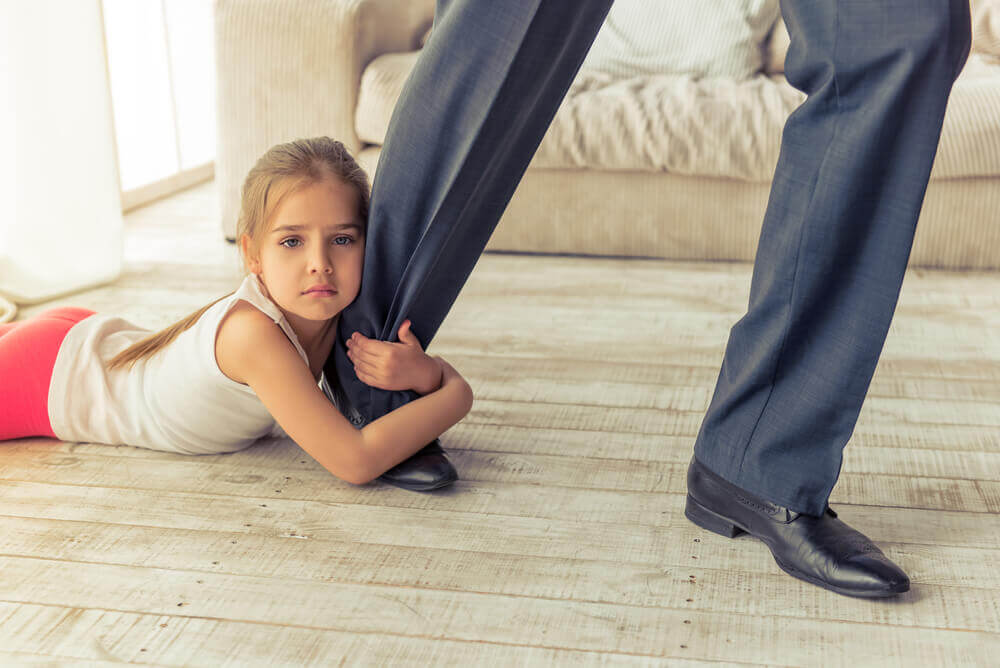 Absent parents are those who are unable to connect emotionally with their children. There are many reasons for this, and it’s psychologically complex to determine them.

A parent can provide the necessary food, clothing, a safe home, and give all the toys their child asks for and still be an absent parent.

An absent parent is defined as one who cannot or does not want to be involved with their child. The absence of the parent’s role leaves deep wounds and an emotional vacuum in the child. Although it usually refers to the father, it is increasingly common to find absent mothers .

Absent parents may submit to one, or more than one, of the conditions that we will explain below. If you see yourself portrayed in any of them, it is time to make a change.

Get help to restore the bond with your children before the consequences are irreversible.

Usually, a father is physically present. His emotional disconnection is expressed through the imposition of his will and the point of view of his children, without listening to the reasons of his family .

The family does not interest you, you do not know or you do not value what your child thinks, although you may not be able to recognize it. You demand and compel the achievement of high goals, but do not recognize the effort nor do you reinforce positive actions. It imposes disproportionate punishments on the age of the children.

2. They’re apathetic towards their children’s needs

Although they are a safe economic provider, they are not involved with the interests or the characteristics of their children. They do not get involved with rules or set limits. In addition, they don’t have the disposition to generate spaces to share with the children.

They are unable to offer a compliment or offer a reprimand on time. Generally, this leaves the full weight of the education of the children to the mother. They are not very communicative, and their responsibilities are limited to providing for the family.

He is the kind of father who refuses to grow up, wants to be an eternal teenager. Children are a burden on their lifestyle. They do not have the maturity to make decisions and specify the limits that children need.

Having children is easy for them, because they do not commit to the responsibility of parenting. They spend more time with themselves than with their children. Plus, they’re unable to be a positive role model for their children. After all, their priorities are the satisfaction of their own needs and, if they do not achieve it, they become angry.

4. Does not have time

He is the father who, for work reasons, is not at home. Maybe he does not want to be an absent father, maybe he even comes from a home that had a positive and loving father. Perhaps he delegates the role of father because he has to meet a demanding work schedule to provide the sustenance of the home.

Although technology offers options to “share” greater closeness and interest in the growth of children, it is not enough. The child needs to share time with his father. The love that one expresses via social networks or applications like WhatsApp is not enough. He needs to have a physical manifestation, with hugs and his presence.

He is not involved  in the emotional or affective, nor economic support of the children. As much as the mother presses for the father to assume a greater role in the children’s lives, he does not succeed.

Behind an irresponsible parent, there may be a child who was raised by an absent parent, but that does not justify his behavior. He is the one that denies the paternity of a child, or disappears after a separation or divorce.

6. There is an overbearing or revengeful mother

Always ask mothers who complain that their partners are absent fathers, if they have allowed their presence. Yes, indeed behind some absent parents, there are overbearing mothers.

In addition to those who assume all the responsibilities of parenting and education, there are also those who deny parents any possibility of being present.

The dissolution of a couple leads some women to attack the father of the children. It’s a kind of revenge that is not always done purposely. However, it makes it no less negative for the children. Although the father wants to be present and get involved in some way with his children, the woman denies any possibility.

What consequences does an absent parent cause?

Being raised by an absent parent has serious consequences for children:

A responsible, loving and positive parenting is not only essential for children to grow up healthy, self-confident and with good self-esteem.

However, it also gives you the opportunity to heal your own wounds if you grew up with an absent parent yourself.