Several scientific investigations have proved the medicinal properties of some plants. That's why they're now considered to be adjuvants against some health problems. Have you learned about them yet? 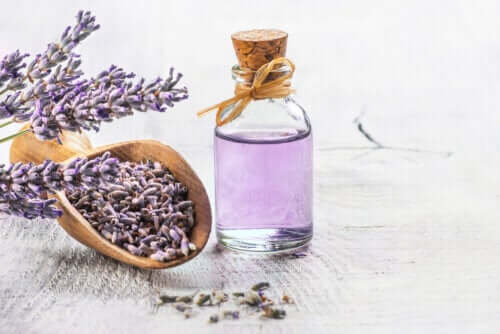 There’s a wide variety of medicinal plants with scientific proof. Thus, their components and properties have been studied by professionals who’ve determined that they have potential as coadjuvants in the treatment of some diseases.

In fact, as stated in an article published in the Journal of Advanced Pharmaceutical Technology & Research, a wide variety of medicines that are considered essential are made from extracts of plant origin. Even so, some still value the applications of plants in their natural form.

Which are the most popular? Keep reading to find out!

Traditionally, plants have been used since ancient times to treat the symptoms of various diseases. As a result, over time, scientific studies were conducted to test the properties attributed to them.

Likewise, their research helped to determine in which doses they’re safe, which ones can cause side effects and in which situations they’re contraindicated. Although the list is quite extensive, in the following space we’ll share the 6 main medicinal plants with scientific proof.

This is a medicinal plant with many applications. As stated in an article published in Molecular Medicine Reports, its main uses relate to the relief of anxiety, stress, and stomach problems. However, some people also use it for pain and skin problems.

The plant is noted for its small, daisy-like flowers. It’s usually found in two varieties: “German chamomile” and “Roman chamomile”. It’s often used as an infusion, but is also available in essential oils and extracts, among other presentations.

A review published in the Electronic Physician Journal lists it as a “multipurpose plant” since evidence has determined that it has anti-inflammatory, anti-microbial, anti-depressant, anti-diarrheal, hepatoprotective, and anti-diabetic properties. Some of its uses are the following:

Does it cause side effects? Are there contraindications?

For most healthy adults, doctors consider it safe. However, specialists recommend avoiding excessive consumption. Also, there are reports of allergic reactions and interaction with anticoagulants.

Lavender is one of the most popular and common plants with scientific proof. It’s particularly helpful for its anxiolytic activity that allows a person to reduce the symptoms of stress and anxiety. A study published in Mental Health Clinician supports these properties and states that it has a favorable profile of efficacy and safety.

Its natural oils, as well as the herbal presentations, support the treatment of anxiety disorders without causing dependency or major side effects. Even its application for this purpose is approved by the European Medicines Agency (EMA).

Other possible uses include the following:

Discover:5 Ways to Use Lavender as a Relaxing Remedy

Specialists and the general public know echinacea remedies quite well. Beyond its striking purple flowers, people have been using this plant in the form of teas, juices, and extracts to strengthen the immune system and improve health.

Thus, a study in the journal Pharmacognosy Reviews highlights that it’s a herb with immunostimulatory and anti-inflammatory properties.

To be more exact, people use it to treat flu, colds, and other conditions of the respiratory system. Similarly, it acts as a pain reliever in cases of toothache, intestinal pain, skin disorders, and arthritis, among other diseases.

Regarding its possible side effects, there’s some controversy. While some trials have concluded that it’s safe, others have determined that it may cause adverse reactions such as abdominal pain and allergies. Therefore, use it with caution.

Within the list of medicinal plants with scientific proof, Ginkgo Biloba is known for its multiple medicinal uses. It’s a herb widely people widely use in oriental medicine, both in the form of capsules, as tablets, extracts, leaves, and more.

Recent research, such as one published in Aging and Disease, shows that the plant has shown potential as an ally in the prevention of age-related disorders. It seems to especially help brain health by decreasing the risk of dementia.

On the other hand, a study divulged in Drug Design, Development and Therapy determined that ginkgo also contains components that contribute to the treatment of type 2 diabetes. Even so, researchers have to conduct more studies to evaluate its safety and efficacy.

So far, possible side effects such as the following have been noted:

Next, some people know St. John’s wort by the name “hypericum”. It’s a plant with calming effects since it has antidepressant and anxiolytic functions. In particular, as stated in a review article published in Systematic Reviews, it contains hypericin and hyperforin.

These substances are active principles with antidepressant potential that, among other things, favor the relief of anxiety. It also has antibacterial and anti-inflammatory effects and is used against the symptoms of menopause.

Overall, some side effects are as follows:

When talking about the best medicinal plants with scientific proof, we can’t leave out peppermint. Due to its properties, it’s one of the most widespread and used herbal ingredients worldwide. People tend to use it to soothe discomfort in the digestive system, headaches, and respiratory system diseases.

In this regard, a scientific article published in Phytotherapy Research states that mint leaves concentrate phenolic components, such as rosmarinic acid and various flavonoids whose assimilation helps maintain health. It has anti-inflammatory, antioxidant, antimicrobial, analgesic, and immunomodulatory activity.

Overall, its moderate use is safe for most healthy adults. However, in excess, it can be irritating. Also, the plant can interact with some medications; therefore, if you’re undergoing treatment with drugs, it’s best to consult your doctor before trying mint remedies.

You may be interested in: 4 Essential Oils to Soothe Bee Stings

Science has proved many of the properties of the above-mentioned plants. However, this doesn’t mean that we can use them as the first option for treatment against diseases. Most of the time, they’re just a complement to reduce the symptoms of certain ailments.

Even so, its effects tend to be temporary and not always as the person expects. Anyway, the evidence points out that they can be beneficial for many people. For this reason, it’s worth giving them a shot if there aren’t any contraindications.

When in doubt, talk to your doctor for advice.