5 Ways Skin Conditions Can Tell You Something Is Wrong 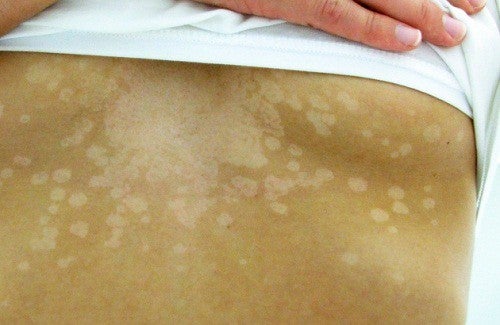 Our skin, our largest organ, is often considered one of the biggest windows to the health of our entire body. According to dermatologists, our skin conditions, from discoloration to new growths, can sometimes be the first sign of more serious underlying health problems.

In this article, we’ll explain five ways your skin might be telling you something is wrong inside your body, health-wise.

In general, a skin breakout that is accompanied by other symptoms like fever and joint and muscle pain could be a sign of an internal problem or infection. A breakout can occur because of an allergy or a reaction to a medication, according to the American Academy of Dermatology (AAD).

A velvety breakout on the lower part of the neck or around the arms with a slightly darker color than the normal skin tone of the person can be a signal that they have a greater risk of developing type II diabetes.

See also: 7 Herbs that Will Help You Treat Type 2 Diabetes

In greater frequency, a velvety breakout could be a warning sign of cancer in an internal organ, like the stomach or liver, according to the Mayo Clinic.

2. Tan color and other discolorations on the skin

In people with diabetes, a tan color on the skin can be a signal of a problem with the metabolism of iron. A yellowish color to the skin, on the other hand, can be a signal of an insufficiency in the liver and can appear along with a yellow color in the white part of the eyes.

Darkening of the skin, mostly visible in scars and skin folds, as well as joints like the elbow and knees, could be a sign of a hormonal disease, like Addison’s disease, that affects the suprarenal glands, according to the AAD.

People who see new growths on their skin should always see a doctor because it could be a sign of skin cancer and sometimes of an internal disease or genetic syndrome, according to the AAD. For example, yellow protuberances on the arms, legs, or butt could be a consequence of increased levels of triglycerides, which means uncontrolled diabetes, according to this institution.

4. Changes in the nails

Changes in the color or shape of the nails can often be a sign of a deficiency in certain organ systems. For example, changes in nails that look like a fungus infection can be a result of psoriasis, despite the condition typically affecting the skin.

People that also have joint pain could have a form of arthritis called psoriatic arthritis. Also, liver and kidney problems can sometimes cause changes in the color of the nails.

5. Changes in skin hardness and dryness

High blood pressure and kidney problems sometimes cause your skin to get thicker. On the other hand, very dry skin and itchiness could be a sign of hormonal problems, like hypothyroidism.

People with an auto-immune disease called systemic sclerosis can also experience inflammation and hardening of the skin.

In more serious cases, this could affect internal organs, like the lungs or heart, according to the AAD. On the other hand, very loose and silky skin is a symptom of a rare connective tissue disease that could indicate blood cancer like lymphoma or multiple myeloma and could progress to affecting internal organs.

It is extremely important that if you have any of these skin problems to see a specialist. The main thing is to not jump to conclusions or get worried without finding out what it is really about.

8 Foods that Improve Your Skin Health
In addition to taking care of your skin health, you can also optimize its condition through your diet if you make the right choices. Read more »
Link copied!
Interesting Articles
Illnesses
Diabetes in Children and Adolescents