5 of the Rare Cancers You Should Know About 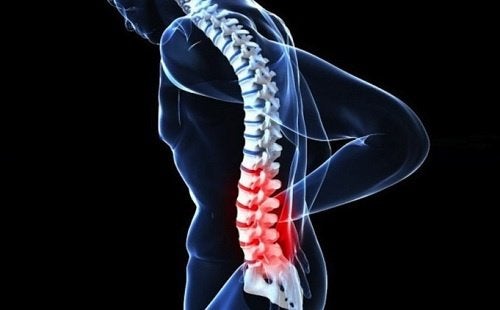 No doubt you’ve heard of breast cancer, colon cancer, and ovarian cancer. You’ve probably even heard about some of the statistics related to these types of cancer. There are types too, though, rare cancers that you shouldn’t overlook.

You probably don’t hear about them very often because they’re very rare, and your likelihood of getting them is minimal. But of the 71 known types of cancer in existence, only 11 of them are commonly known. That’s why it’s good to know more about these rare cancers, just to be informed and aware.

Although you might not normally associate feet with the word “cancer,” it does happen. Tumors that originate in the feet often go unnoticed, which is what makes them so dangerous.

It’s important that you see your doctor if you notice any of the following warning signs:

A podiatrist can identify cancer in this area, and after an evaluation they may find that it’s:

The most common type of cancer that occurs around the feet is skin cancer. If you often wear sandals or your feet are frequently exposed to sunlight, you should always wear sunscreen.

This second on the list of rare cancers only affects around 1% of women: vaginal cancer.

Women who have reached menopause are more likely to develop this kind of cancer. Those who have a history of sexually transmitted diseases like human papillomavirus should also be especially cautious.

The good news is that the tumors are very small and easy to remove with surgery. You have the best chance of avoiding this type of cancer if you go to your recommended annual gynecology appointments.

3. Cancer of the salivary gland

The enzymes that your salivary glands produce are essential for proper digestion of foods and avoiding infection. This third type of cancer directly affects the body, although only 1 in 100,000 people get it.

The symptoms of this kind of cancer include:

This type of cancer requires radiation therapy and surgery. But, if you catch it early, you have a 90% chance of recovery.

Unlike other types of cancer, this one has no direct relationship with alcohol or tobacco use. What we do know is that it’s strongly influenced by genetic factors.

The fourth type of cancer we want to mention is known as chordoma. It occurs in the bones, especially in the spine, and it occurs in just one in a million people.

Doctors have found that chordomas grow out of small residues of cartilage that develop incorrectly while a fetus is in the womb.

Because it’s one of the rarest types of cancer, it’s difficult to study and understand. There’s very little consensus on whether the appearance of chordoma is influenced by genetic factors or something else.

What we do know is that chordomas grow slowly, but aggressively and painfully, because of their location.

The symptoms associated with chordoma include:

Chordomas tend to be very resistant to radiation, chemotherapy, and medication. Therefore the usual treatment is surgery, which isn’t always possible depending on the location and the size of the tumor.

Another complicating factor is that it’s very difficult to remove the entire chordoma, so there’s a high probability of relapse.

The last of the rare cancers we’re getting into today is known as mesenchymal chondrosarcoma, which appears in cartilage tissue. It’s so rare that only 1,000 cases have been confirmed since 1959.

That rarity is good news, because it’s very aggressive and quickly spreads other organs. Here’s what has been documented in the known cases:

Because mesenchymal chondrosarcoma can start anywhere in the body, however, it’s difficult to detect and monitor your symptoms.

The best solution is to maintain your usual medical care, including an annual appointment with your general practitioner.

When this cancer occurs near the spine you may experience a loss of sensation or something as severe as paralysis. The best treatment is surgery and chemotherapy.

The importance of knowing about these rare cancers

Obviously, the reason why so few people know about these cancers is that they’re so rare. But it’s important to stay alert for any potential symptoms. Remember that what makes most of these diseases so dangerous is late detection.

Whenever you do notice something isn’t right with your health, go see a doctor. While you don’t want to be too paranoid, you should also never ignore the warning signs.

Tips to Face the News about Cancer
Receiving the news about cancer makes a huge psychoemotional impact on the person. Without a doubt, there is a before and after. Read more »
Link copied!
Interesting Articles
Illnesses
What Are Autoinflammatory Diseases?