The Five Types of Gynecological Cancer

There are five different types of gynecological cancer. In this article, we'll cover the signs and symptoms of each. 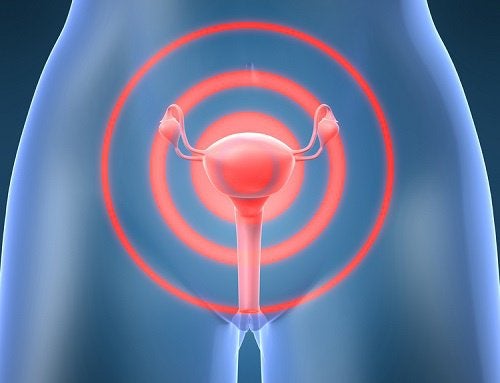 When we talk about gynecological cancer, we’re referring to five types of illnesses associated with the cervix, ovaries, uterus, vagina, and vulva.

Each year, thousands of women around the world are diagnosed with some type of cancer related to the reproductive organs. Although modern medicine advances every day with better treatments, prevention saves the most lives.

Today, we’d like to encourage you to become familiar with the following information and never forget to get regular gynecologist checkups. The reason? There are many asymptomatic diseases, hence the importance of undergoing tests that are mostly painless. They’re worth it!

There will never be a way to know 100% if you’re going to develop gynecological cancer. Genetics often play a role in determining your predisposition, but every person is unique and only you know when something isn’t right with your body.

Prevention saves lives and makes treatments more effective in the majority of cases. However, even if you’re young with no family history of cancer, you should still make an appointment with your gynecologist if you’re experiencing even minor discomfort, abdominal pain, or changes in your period.

Gynecological cancer is one of the most evolved oncology fields, both in the diagnosis and medical and surgical treatments.

Thus, you shouldn’t immediately associate the word “cancer” with “death”, but with a disease that can be treated. Think of it as a problem that should be faced with courage, strength, and a lot of family support.

The cervical cancer rate has declined thanks to the use of condoms, the Papanicolaou test, and testing for the human papillomavirus (HPV).

However, early diagnosis offers the best chances for successfully treating the disease and tumors.

The following symptoms are associated with cervical cancer:

These symptoms can also be related to other health problems, like an infection. However, they’re a cause for concern and you should go see your doctor.

Despite the fact that ovarian cancer typically affects women between the ages of 50 and 70, even if you’re younger, this illness shouldn’t be ignored as this type of cancer has a very high rate of occurrence.

To date, the cause of this type of gynecological cancer is not known. Experts tell us that it can be caused by hormonal and reproductive factors, diet, tobacco use, being overweight, and even products like talcum powder. The role that genetics are thought to play in this disease is between 10 and 15%.

Symptoms of ovarian cancer include:

The cervix is the lower part of the uterus that forms a canal to the vagina. The problems associated with this type of cancer appear where the endocervix meets the ectocervix when carcinomas form.

Uterine cancer has a lower incidence among women who have had children. However, you should be aware that this type of cancer has a highly elevated genetic component.

Angelina Jolie is a very famous case who, as you may know, chose to have her ovaries and Fallopian tubes removed due to her high genetic predisposition to ovarian and breast cancer.

Uterine cancer is associated with the following symptoms:

Although this type of cancer also carries an important genetic component, we should inform you that vaginal cancer isn’t as common as the types of cancer mentioned above. There are two forms of this type of gynecological cancer:

The symptoms of this type of cancer are:

This type of cancer is not very common and affects the labia majora. It advances slowly and is more common in women who became sexually active early in life and who have had multiple partners.

The following risk factors should be kept in mind:

To conclude, keep in mind that the most important thing we’ve mentioned in this article is PREVENTION. Remember to get periodic exams and go see your doctor for any discomfort.

8 Key Symptoms of Cervical Cancer
%%excerpt%% Regular medical check-ups are critical to the successful treatment of this disease, especially if you have a family history or symptoms of cervical cancer. Read more »
Link copied! Next
Interesting Articles
Illnesses
The Connection Between Erectile Dysfunction and Diabetes