5 Traits that Define a Strong Personality: Do You Have Them?

Individuals with a strong personality are not cold or insensitive. They've just learned to give each issue the importance it deserves so that it does not affect them negatively. 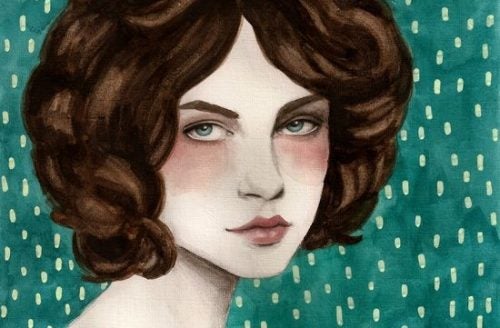 Often, a strong personality can cause some tension or discomfort.

Some, we see people with a strong personality as unable to yield to certain things. We think they’re someone who, on occasion, is selfish or who only looks out for their own interests and who doesn’t accept visions, proposals or suggestions from others.

Nothing is further from reality.

It’s true that in the case of personality there are always many nuances when it comes to labeling someone as “purely” introverted, extroverted, dependent, independent, intuitive, etc.

However, when we speak of strong personalities, there is something behind it that we must understand.

In psychology, this type of profile is known as a “resistant personality“.

Within it, one can be introverted or extroverted, but what characterizes it, above all, is the ability to stay afloat in the midst of adversity.

Below, we’ll explain 5 traits with that will help to understand what it means to be a strong person. Can you identify?

A person with a strong personality has a very particular path: she’s learned from her mistakes and successes. She acts on her conscience with humility, but with determination.

This explains why she doesn’t like half-truths or half-lies at all, let alone excuses or people who do nothing but procrastinate.

For a person with a strong personality, these acts cause her to waste time. They’re obstacles as well as ways to slow down intentions and objectives.

In her world, what must be done must be done. What one sets as a goal on the horizon is a motivator to fight for.

Thus, one who fills her day to day with excuses and false reasons is something that she finds very uncomfortable.

2. They’re careful when allowing people to be part of their lives

If there’s something that defines a person with a strong personality, it’s her ability to have control in order to discover her intrinsic motivations.

She knows what she wants and what she doesn’t want. That lesson has come to her because at some time in the past, someone failed her, she became disillusioned or she was betrayed.

However, far from being closed in on herself or being cold or distrustful, she’s open to others, but she doesn’t hesitate to apply a very appropriate psychological filter.

She will not let anyone into her life who bothers her or who disturbs her inner peace.

Unlike what many believe, a person with a strong and resistant profile is sensitive and very humble.

This is because she values ​​important things that do not waste time and that give one a sense of well-being: good friendships, people who bring light and not storms, affectionate, committed partners who share her values…

Therefore she doesn’t tolerate those who act selfishly or who don’t know how to value the simplest things in life: things that can’t be bought that we all gain by living in respect and happiness.

Read also “Sometimes Crying Is Not A Sign of Weakness“

4. They’ve learned from fear and adversity

One of the features that define strong people is a clear psychological resilience. As we already know, few words are as relevant in the field of personal growth as resilience.

It’s the capacity by which one manages to overcome adversity and emotional pain. Not only that, but also the capacity to learn from these experiences.

Thus, someone with a strong personality has been able to learn from fear, to cross that border to achieve her objectives.

In addition, all that vital learning gives her greater psychological tools to move forward without fear and be receptive to what life brings but knowing very well “what she’s not willing to accept”.

As we eluded to at the beginning, a person with a strong personality doesn’t always try to please everyone. Instead, she knows what she wants and doesn’t waste time with people who aren’t worth it.

Little by little, she’s learned that few things cause as much frustration and suffering as wanting to please everyone and seeking approval from everyone.

It’s not useful, it’s not logical, and it’s unhealthy.

Thus, a person with a resistant personality takes the approach of not worrying if someone doesn’t accept her for who she is.

She knows that those who are by her side are those who truly are worth it, those who do deserve to go hand-in-hand with her on her life path and who recognize the value of her authenticity.

Overall, more than one of these characteristics will probably seem familiar. Perhaps all of us have learned to be strong in our own way, or soon will. We’re all on our way to developing a strong personality.

Bad vs. Good People: Those Who Bring Happiness
Today's article will discuss some of the differences between good people and bad people, a major difference being the happiness one brings to others. Read more »
Link copied!
Interesting Articles
Did you know?
New Year's Traditions Around the World

Interesting Articles
Illnesses
Hepatitis in Children: What You Need to Know

Body care
Feminine Intimate Care: What You Need to Know

Feminine intimate care comprises a wide variety of products that go beyond substances intended for hygiene. Because of its morphology…