5 Signs that Your Eyes Are Bad

In some cases, eye problems can be fleeting and temporary. However, it's important not to neglect your eyes, and be sure to give them the care and attention they deserve. We'll tell you all about it in this article. 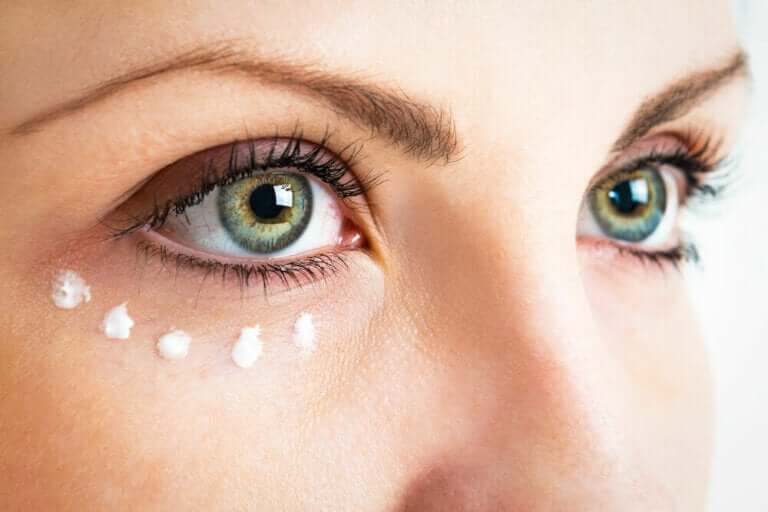 The eyes are a very sensitive organ, so it’s important to pay close attention to them, and protect them against any possible damage. What’s more, studying our eyes can actually help us to detect disease.

So, today, we’re going to take a look at some eye problems that may indicate an underlying health problem.

5 eye problems that may indicate an underlying medical condition

The eyes aren’t actually vital organs. In fact, many live perfectly normal lives without the use of their eyes. However, for those who are used to using them on a regular basis, they’re essential.

It’s important to emphasize this point, as those who are completely blind often get used to living without their sight over time. Needless to say, those who do still have their sight want to keep their eyes in optimal condition for as long as possible.

Today, this task is complicated by the wide range of harmful elements we come into contact with on a regular basis, such as electronic devices. Prolonged exposure to electronics can cause ocular stress. Over time, this can lead to problems with your vision.

But that’s not all. These incredible organs can also allow you to detect other kinds of disease present elsewhere in the body. As such, it’s important to look out for the following eye problems, and take action as soon as possible to avoid more serious complications later on.

There are many people who tend to see a kind of cloud over their vision. This makes optimal vision impossible. According to ophthalmologists, discomfort is also a common symptom. Kind of like if you were to have dirt in your eye.

According to this report from the American Academy of Ophthalmology, this symptom typically suggests that the patient may be suffering from cataracts, which are common in elderly patients. However, there have also been cases of cataracts in younger patients.

Yellow discoloration typically affects the sclera, which tends to stay white most of the time. According to an investigation carried out by a team from the University of Taiwan, yellow eyes may indicate problems associated with liver disease.

Generally, it is caused by an excess of bilirubin in the body, a substance which is produced by the liver.

Read more about: 9 Warning Signs for Toxins in Your Liver

When you move quickly, such as when you get out of bed, the sudden change in your circulation can make you feel dizzy. You may also notice “stars” in your eyes – bright flashes that only you can see.

While this is one reason you may see these annoying flashes of light, there is another factor that can cause you to see stars. It can also signal visual problems, such as myopia or glaucoma.

According to a report from the National Eye Institute of the United States, the latter is far more dangerous than the former. As such, it’s very important to consult with an ophthalmologist as soon as you notice any early symptoms.

Wrinkles and the loss of nutrients in the skin, especially around the facial area, are very common in older people, and tend to appear with the passing of time.

However, it can also be the result of eye problems. According to a report from the IMO Foundation (the Institute of Ocular Microsurgery), a condition called ptosis can cause irregular drooping of the eyelids.

It’s a disorder of the facial nerve, and can affect any portion of the nerve, from its origin in the cerebral cortex, to the section which passes through the ear. Surgical intervention is required in order to treat the condition.

It’s possible that this sign is due to fatigue from the excessive use or exposure to devices like smartphones and computer screens.

However, vision irregularities may also suggest other, more troubling kinds of problems than you might think. For example, it could be due to inflammation. This is especially dangerous if vision is lost for several minutes.

In this case, it’s essential that you see a doctor immediately.

The eyes are a very sensitive organ, so it’s best to protect them against external dangers, and attend regular check-ups to ensure your eyes are in good condition.

If you notice any of these signs, don’t ignore them. Act quickly before they become a more serious problem.

5 Things Your Eyes Say About Your Health
Your eyes are the windows to your soul. They help you see how others feel and tell you many things about their health condition. Read more »
Link copied!
Interesting Articles
Illnesses
Characteristics of Henoch-Schönlein Purpura Disorder