Medicinal herbs aren't a first-line treatment for depression. However, some studies suggest that they can help improve mood in mild or moderate cases. 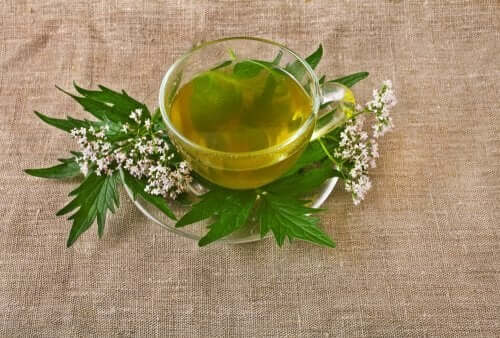 According to popular wisdom, since ancient times, medicinal herbs have been used to treat depression or, rather, to contribute to the relief of emotional distress and tension.

Although they don’t replace medical treatment, their use seems to improve mood in some people, since they help relax the body and fall asleep.

The United States Food and Drug Administration (FDA) approved several drugs to fight depression in recent years. However, they aren’t necessary in all cases. Therefore, first of all, priority must be given to medical consultation.

However, there are medicinal herbs whose properties can help relieve the symptoms of depression. Although they aren’t a first-line treatment, some studies support their use as adjuvants to improve rest and mood.

But beware! Despite the fact that they’re natural products, they can cause interactions and side effects. They’re even contraindicated in some cases. Therefore, before trying one option or another, you have to find out all the information about it.

Now that you know this, below, discover the medicinal herbs to treat depression or rather, maximize general well-being. Use them with caution, following the consumption recommendations.

Of all the medicinal herbs, St. John’s wort is one of the most popular for the natural treatment of depression. Some research shows its effectiveness for anxiety as well.

Apparently, its consumption helps increase the secretion of serotonin, a chemical associated with well-being. A systematic review published in Cochrane stated that it could help with mild or moderate depression.

However, you should only use it in completely natural treatments for treating depression. In other words, you shouldn’t combine it with any other antidepressant at the same time.

Remember that it may take three weeks to see its effects, since natural treatments are often very effective but also sometimes slower.

Poppies are also a medicinal herb that you can keep around the house to treat depression. Thanks to their alkaloids, their main active compound, they’re very good at calming anxiety and moderate depression, according to a study published in Biochemistry Research International.

Note: It should be avoided during pregnancy and breastfeeding.

You may like: Are You on Antidepressants? Before you Stop, There’s Something You Need to Know

Angelica belongs to the group of medicinal herbs that can treat severe depression. In fact, a study published in Evidence-Based Complementary and Alternative Medicine talks about its antidepressant effects.

This is due to its sedative properties, useful for relieving symptoms of anxiety, insomnia, and even the lack of appetite that is a product of serious depression.

4. Valerian, one of the most popular medicinal herbs for depression

Valerian is one of the most popular medicinal herbs for depression that exists.

When valerian was first discovered, it was mostly used for its ability to treat spasms. However, over time, its value as a sedative was noticed. Now it’s used to treat insomnia and relieve depression.

Additionally, a study published in the Journal of Traditional and Complementary Medicine suggests that it may be effective against the emotional symptoms of PMS.

To make the tea, keep in mind that what you need is the entire plant including the root, which is where most of its depression-fighting powers are concentrated.

Ginseng is a natural stimulant that may help fight depression. This medicinal herb exerts a tonic effect on the brain, helps channel relaxation and, as a result, deflects feelings of anxiety, depression, and loss of appetite.

Research published in the Journal of Ginseng Research indicates that this plant could help relieve depression derived from constant stress and anxiety.

Some possible side effects that may come with this herb are nervousness and hypertension, but these normally only appear if the recommended dose is exceeded.

In conclusion, some medicinal herbs can help you reduce the symptoms of depression. However, in order for them to be more useful, you must modify your lifestyle, go out, play sports, and watch your sleep and diet.

Finally, remember that it’s best to go see a psychologist or health professional. No herbal supplement should be considered a substitute for medical treatment. Keep that in mind!

5 Herbs to Prevent Chronic Fatigue
Are you always tired? Are you having trouble sleeping well at night and concentrating? Then read on and learn about herbs for chronic fatigue. Read more »
Link copied!
Interesting Articles
Medicinal plants
Oregano Essential Oil for Cold Relief

Interesting Articles
Illnesses
Dental Cysts: Everything You Need to Know