5 Homemade Anise Remedies Worth Knowing About

Even if you just make an anise tea as is or by mixing in other medicinal herbs, anise can help our digestive help and even relieve headaches 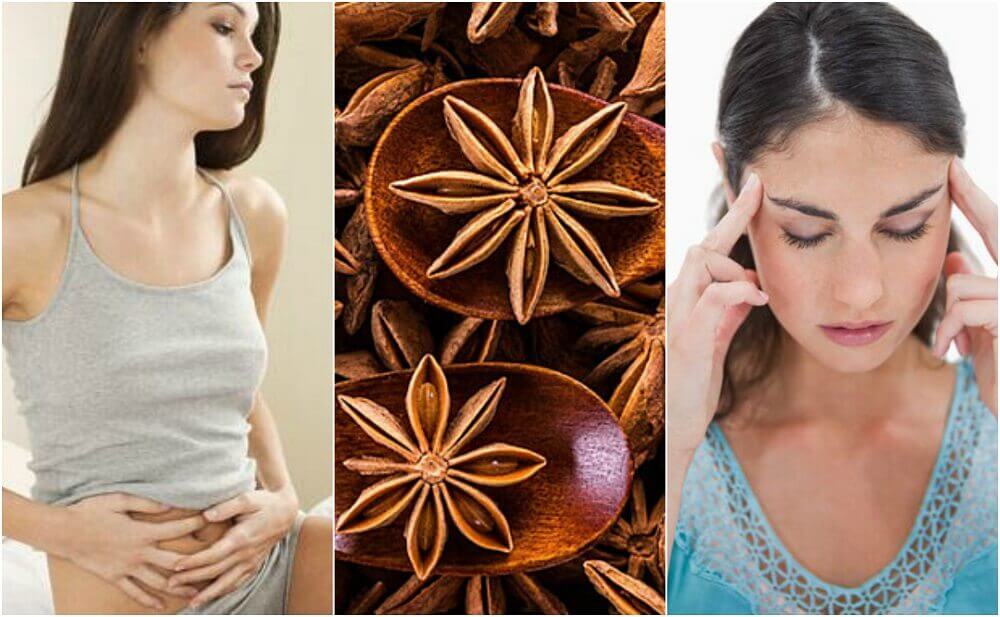 Anise is a medicinal plant that many different cultures and civilizations have used since ancient times. Currently, the spice has regained popularity not only for its essential nutrients, but for its ability to prevent and treat several health conditions.

Anise has detoxifying, carminative and antispasmodic properties that are often used to treat digestive problems. Additionally, anise balances the appetite, reduces nervousness and improves taking control of swelling which in turn ease headaches.

Many people most likely have not tried anise. So, below are 5 ways to use it as a homemade remedy. Take note of the following!

Anise’s anti-inflammatory and carminative properties help indigestion from overeating. Its active ingredients prevent gases from building up in the intestine, thus, reducing abdominal bloating and the feeling of indigestion.

Look at this article: 5 Herbal Teas to Cleanse Your Digestive System

Anise’s carminative effect is a great solution for uncomfortable and reoccurring flatulence. Consuming anise every once in while reduces gas formation and improves digestion, preventing food from fermenting in the intestines.

Anise can help soothe headaches caused by stress or nervous episodes through its pain-relieving effect.

Its sedative affect soothes the nervous system and reduces tension.

Hiccups can be very uncomfortable and occur when the diaphragm has sudden and involuntary movements. Many people say there’s no cure for hiccups but traditional remedies were used such as the one below.

Want to know more? Read: How Breathing Incorrectly Can Affect Your Health

You can make a detoxifying and anti-inflammatory beverage by combining anise with other medicinal plants .  This beverage is great for improving kidney function. Its diuretic effect increases urine production and helps the kidneys eliminate toxins and heavy metals. Likewise, anise reduces the risk of having kidney stones and helps remove bacteria that cause urinary infections.

Did you know about all of the ways you can use anise? If you still haven’t tried anise, make sure to grab some at your local natural-foods market and keep at hand.

7 Spices that Speed Up Your Metabolism
Adding spices to your diet is a simple and way to speed up your metabolism and burn more fat. Learn more in this article! Read more »
Link copied!
Interesting Articles
Medicinal plants
Oregano Essential Oil for Cold Relief