5 Home Remedy Aphrodisiacs and Their Effects

Home remedy aphrodisiacs have been used all over the world for centuries. Most of them are plants of Eastern origin. 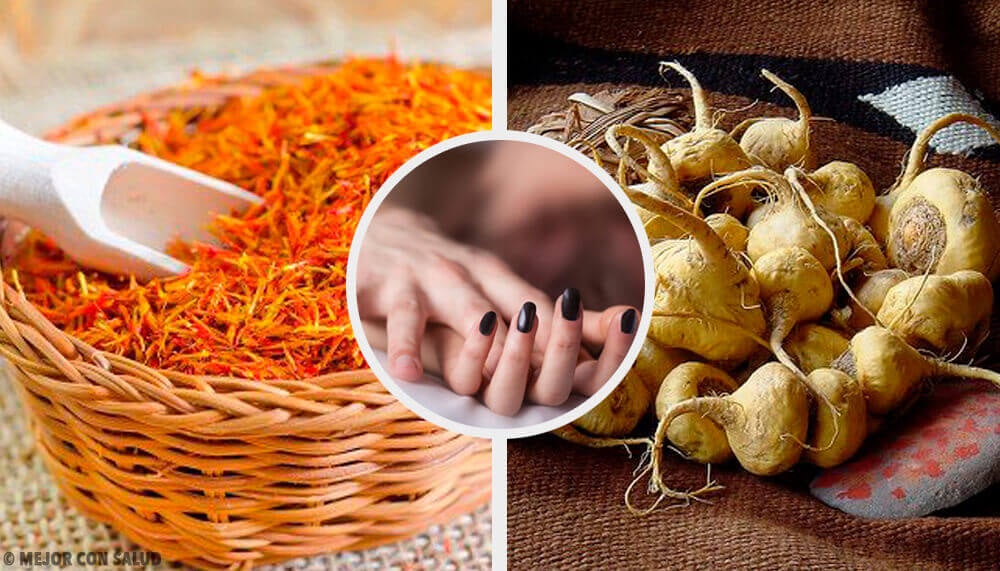 Currently, there is no strong scientific evidence that supports home remedy aphrodisiacs. Researchers are quick to point out the lack of formal studies that back their effectiveness. In fact, they’ve even warned that some of these products are potentially poisonous.

Despite this, people have turned to home remedy aphrodisiacs over the world for centuries. Some even have a history dating back to thousands of years. Currently, they’re still quite popular and many people consider them to be valid alternatives.

Most home remedy aphrodisiacs are plants, with several of them being of Eastern origin.While their true effect is still unknown, most of them have considerable nutritional properties.

The following aphrodisiacs are the most well-known.

Ginseng, one of the most popular home remedy aphrodisiacs

Ginseng hails from Asia and has thousands of years of history in Chinese medicine. Countries like Japan, Russia and Korea have conducted several studies about ginseng’s properties. It’s been proven that this plant generates a sense of physical and mental vitality.

There isn’t just one type of ginseng. Among home remedy aphrodisiacs, the most well-known variety is red ginseng.

Advertisers claim that it’s capable of raising testosterone levels, which translates into an increase in libido. They also say that it can stimulate estrogen production, making it a recommendable product for women in menopause.

Maca, a plant hailing from the Andes

Maca is a plant that mainly grows in elevated lands of Peru. Many people refer to it as “the natural Viagra.” History says that the ancient Incas used the plant as a home remedy aphrodisiac. People also say that it is very effective for increasing sexual desire.

Maca grows in high areas and the root is used as an aphrodisiac. The root is dried then ground in order to be consumed as a powder.

In addition, people claim the plant has antidepressant properties. As a result, it can treat premenstrual syndrome and discomforts of menopause as well.

Ginkgo biloba is another one of the most used home remedy aphrodisiacs. It’s supposedly  effective for both men and women. Also called the “tree of 40 shields”, ginkgo biloba originates from Asia but currently grows in European and American countries as well.

This plant has a high flavonoid content, which is an antioxidant that aids in blood circulation. Users also suggest that ginkgo biloba increases sexual desire.

Currently, there are various studies taking place to confirm the claims. The plant supposedly raises the body’s nitric oxide levels, which is similar to how Viagra pills work.

Saffron is considered to be one of the best home remedy aphrodisiacs. Saffron’s property of generating medium- and long-term effects earned it this reputation. In other words, saffron isn’t only helpful for increasing sexual desire in the moment, but rather, for overall improvement.

Saffron is a spice that derives from the flower “crocus sativus”. People have used it for thousands of years to improve sexual functions. The plant originates in the East and people believe that it had a wide use in ancient Egypt and classical Greece.

We recommend that you read: Natural Remedies for Menstrual Cramps

Yohimbe is a tree native to Zambia. People extract a substance called “Yohimbine” from the Yohimbe tree. Yohimbine has earned quite the reputation for its aphrodisiac properties. Unconfirmed studies suggest that up to 50% of users recuperate their normal sexual functions.

Currently, the substance is also used in other treatments. Supposedly, yohimbine also increases athletes’ stamina. In addition, it can combat exhaustion and muscle pain. Some people believe that the substance can help those who suffer from high-blood pressure and diabetes.

Despite everything that we might hear, doctors recommend ingesting this substance with caution. In some cases, it can cause side-effects. Some examples are: upset stomach, anxiety, insomnia and raise in blood pressure.

Cinnamon: Its Aphrodisiac Effect and So Much More
The benefits of cinnamon are countless: It's an anticoagulant, it takes care of your digestion, and it's also an aphrodisiac. Read more »
Link copied!
Interesting Articles
Sex
Sexual Compatibility: Everything You Need to Know