5 Habits that Can Trigger Migraine Attacks

A migraine is a recurring, throbbing, and intense headache that usually affects one side of the head, although it can affect both. Learn about the possible triggers of migraines in this article. 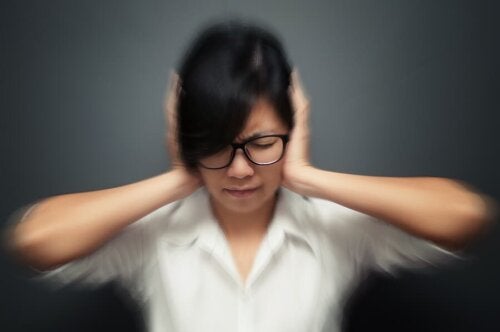 Do you know what can trigger migraine attacks?

Migraine attacks can be precipitated by certain events, foods, or changes in your body. These events are known as triggers. Although triggers don’t actually cause migraines, they can make you more vulnerable to migraine attacks.

It can be very useful to know these risky habits in order to take them into account in your everyday life to avoid migraine attacks. In this article, we’ll tell you 5 habits that could trigger migraine attacks.

Learn all about them!

What is a migraine?

Not all headaches are migraines, nor do all migraines come with headaches. A migraine is a recurring, throbbing, and intense headache that usually affects one side of the head, although it can affect both.

The pain starts suddenly and may be preceded or accompanied by other visual, neurological, or gastrointestinal symptoms.

Habits that could trigger migraine attacks

In a study of 200 migraine patients, more than 90% of patients identified at least one precipitant associated with their migraines, the most common being physical or emotional stress (77%), menstruation (72%), exposure to bright or flickering light (65%) and various odors (61%).

A survey of more than 2,000 Dutch people revealed that many migraine sufferers avoid alcohol because it can trigger migraine attacks. 78% of patients who drank alcohol mentioned red wine as the specific drink that could trigger an attack.

The authors of the study published in the ‘European Journal of Neurology‘ point out that alcohol is a trigger for migraines since it affects around a third of those prone to migraines. They also note that the amount of alcohol and the time it takes to cause a headache vary from person to person.

Stress is the most common trigger. After all, nearly everyone has felt stress and anxiety at some point. Stress is a response to an emotional stimulus (typically a threat) in a given situation, and anxiety is a reaction to stress.

Without a doubt, those who suffer from migraine attacks often have difficulty adapting to times of change. Also, they tend to be predisposed to suffer from anxiety. People with migraine attacks are often perfectionist and demanding. Therefore, there is a clear association between migraines and anxiety.

There is a clear relationship between sleep and migraines, which encompasses many aspects. One trigger is a change in sleep rhythm, whether due to excess or lack of sleep.

Approximately half of migraine sufferers have difficulty falling asleep or staying asleep: 38% sleep an average of 6 hours or less per night and, along with this disorder, there is a significant increase in frequency and severity of migraine attacks, with 71% of headaches upon awakening.

Although there are no conclusive studies showing exactly how a given product can cause migraines or other types of headaches, some research suggests that the highest risk foods are those that contain large amounts of a type of substance called biogenic amines.

Two of these amines, tyramine, and histamine, are the most suspect, and are found in:

Tobacco acts as a precipitating factor for headaches, specifically migraines. This is indicated by a study that shows that smokers have more migraine attacks. The study was published in The Journal of Headache and Pain.

The researchers highlight the important role that dosage plays. According to the interviews, migraines start to appear at five cigarettes a day.

Finally, to help you assess the risk factors that lead you to develop migraines, we recommend keeping a migraine diary. In this diary, you can write down what day and under what circumstances you had a migraine attack as well as other information about the instance.

How to Fight Migraines Naturally with 5 Delicious Smoothies
You can drink these smoothies to fight migraines naturally because they increase your general health. Try them out today! Read more »
Link copied!
Interesting Articles
Healthy habits
The Effects of Alcohol on the Nervous System

Healthy habits
4 Benefits of Laughter According to Science