Although there are people who may not share your opinion or see life the same way, honest people will always say what they think and act accordingly. 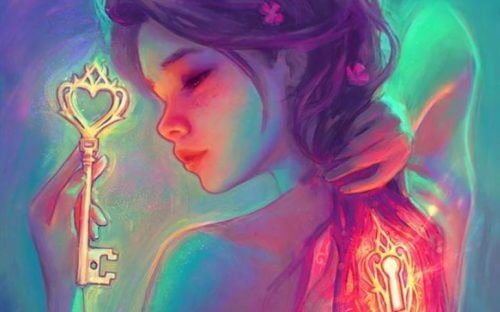 Honest people enjoy a better quality of life, are happier, and are stronger when facing problems.

The reason for this is simple: honest people are not necessarily the most intelligent, nor do they always know everything. They’re people with a strong link between what they think and what they do.

As strange as it may seem, this type of psychology is not easy to implement.

Honesty of mind and action requires true personal development. You need to be genuine, authentic, and sincere with yourself and with others.

Let’s delve a little more into the habits of honest people and the characteristics that make up this valuable personality trait.

Honesty is pointless if you don’t have the courage to defend and demand the truth at all times, regardless of the context.

On the other hand, we all know that it’s not easy to defend and spread this kind of personal integrity.

There are many scenarios in which camouflaged dishonesty reigns, and we constantly have to defend ourselves against hypocrisy.

2. They’re aware of their limitations and of their faults

It’s no good for us to demand honesty of others if we’re not able to give it ourselves.

Also Read: Are Children Reflections of Their Parents?

This self-awareness helps create a situation in which action and thought are in harmony with one another. There are no falsehoods or hypocrisy: just the balance of a humble and respectful heart.

3. They’re transparent: you can see exactly who they are

Being transparent is not about allowing others see our intimate secrets, nor being vulnerable.

Honesty is synonymous with transparency because everything that one does, says, and shows is in harmony with their own personality.

There is no bias or dissonance. Furthermore, it’s about being honest to maintain the same behavior, same treatment and same way of relating to others.

Being transparent at all times isn’t simple, either. After all, if there’s one thing that’s typical of human beings, it’s that we’re fickle by nature, and always changing. Also, we have a constant need to “fit in” and be accepted by everybody at all times.

Honest people don’t have this problem: If they don’t like something or something goes against their principles, they make this clear.

4. They fight for what they believe in

Sometimes, the most honest, humble, and noble people are those that most feel the loneliness or even the rejection of many of those around them.

This often means that honesty makes people uncomfortable. They would prefer a more hypocritical or docile person – they’re easier to handle.

They’re people who live in a consistent way, with a perfect balance between values and actions. Thus, they often inspire those who really appreciate it.

If you have one or more people in your life who show a tireless honesty, it’s a good idea to always keep them close, learn from them, and share the good times with them. They are a gift from society, people who inspire us to be better.