5 Types of Fish That You Should Avoid

Our oceans have become so overfilled with wild fish populations and contaminated with industrial substances that trying to figure out what fish are both safe and sustainable can be a difficult job. 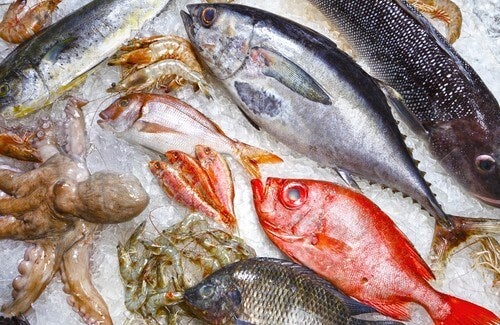 The “good types of fish” lists can change year after year because their existence decreases every couple of years. But there some fish that contain dangerous substances. Here are 5 types of fish that you should avoid eating.

Food & Water Watch, a non-profit company, examined all the types of fish there are today, the way in which they’re collected, how certain species are raised, and the levels of toxic contaminants in the fish, like mercury or PCB, as well as the way in which local fishers are supported by fisheries for their economic survival.

Based on this analysis, we’ve put together a list of 5 types of fish you probably shouldn’t include in your diet. Keep reading to discover what they are.

Types of fish you should avoid

Why is it bad? A large percentage of imported catfish comes from Vietnam, where the use of antibiotics prohibited by the European Union and other countries is very common.

Also, the two varieties of Vietnamese catfish that are sold in a lot of markets, Swai and Basa, are not technically considered catfish. Therefore, they may not be subjected to the same rule inspection as other imported catfish.

Eat this instead: Choose catfish that come from domestic farms. The farmers grow them responsibly and abundantly, which is why they are one of the best fish you can eat.

Or try Asian carp, an invasive species with a flavor similar to catfish that’s no competition for wild catfish and isn’t putting the ecosystem of the Great Lakes in danger.

Why is it bad? Beluga and sturgeon caviar captured in the wild are susceptible to overfishing according to the Food & Water Watch report. But the construction of traps that contaminate the water they live in is a threat to the species.

All types of caviar come from fish that take a long time to mature, which means that in order for the populations to recover, they need some time.

Why is it bad? Atlantic cod populations were destroyed in the 1990’s and are in such turmoil because the species is now a step above being in danger of extinction according to the IUCN Red List of Threatened Species.

Eat this instead: The good news is that if you like cod, Pacific cod populations are still strong.

Why is it bad? Also called yellow or silver eel, this fish, which usually ends up on sushi plates, made its way onto the list because it is highly contaminated with PCB and mercury. It also suffers from a certain amount of contamination and over-exploitation.

Eat this instead: If you like the taste of eel, choose captured Atlantic eel or Pacific squid instead.

Why is it bad? This group of fish include flounder, sole, and halibut, which come from the Atlantic coast. They made it onto the list due to high pollution and overfishing that date back to the 1800s.

According to Food & Water Watch, the populations of these fish are as low as 1 percent of what is necessary to be considered for sustainable long-term fishing.

You may want to read:

Eat this instead: Pacific halibut seems like it would be a good option, but the group also recommends replacing Atlantic flatfish with other types of white fish with a mild taste, like tilapia.

How to Prepare Exquisite Baked Fish
%%excerpt%% Baked fish is one of the best ways to enjoy the healthy benefits of fish. This recipe is simple to make and delicious. Give it a try! Read more »