There are many eating patterns with benefits that have been confirmed by scientific studies. Want to learn about them? We'll give you five options. 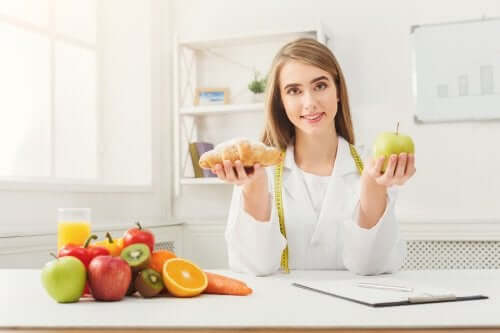 Nowadays we have a huge amount of information about diets available at our fingertips. That’s why it can sometimes be difficult to tell which diets are truly healthy – that is, which diets science supports -, and which are simply fads.

You should stay away from fad diets because they are often associated with reverse effects or nutrient deficiencies that can affect health in the medium term.

We reviewed the scientific studies, and we’ll present 5 diets whose benefits are proven: the DASH diet, intermittent fasting, the vegan diet, the low-FODMAP diet, and the low-carb diet.

Learn all about them here!

DASH stands for Dietary Approaches to Stop Hypertension. It was introduced in the ’90s in the United States under the umbrella of the National Institutes of Health. The goal was to decrease the rates of arterial hypertension, which at that time affected a third of the U.S. population.

It’s a diet that’s low in sodium and rich in other minerals such as calcium, potassium, and magnesium. DASH is rich in fruits and vegetables, milk, and low-fat dairy products. This diet involves limiting the consumption of salt, as well as meat, sweets, and alcoholic beverages.

It’s worth pointing out that it’s not a dietary plan based on quantities. Rather, the focus is on the diet’s quality above all else. Several scientific studies have shown the effectiveness of the DASH diet in lowering blood pressure, compared to a typical low-sodium American diet.

The results on it lowering LDL cholesterol levels have also been positive.

Also read: How to Change Your Lifestyle if You Have Hypertension

Fasting is defined as totally or partially abstaining from food. People have used this method throughout history for curative purposes, but it’s not very popular today.

According to an article published in the journal Nutrients, intermittent fasting is a dietary protocol that allows you to eat during an 8-hour window. That is, you fast for the remaining 16 hours of the day.

Part of the 16 hours is spent sleeping, so eating breakfast later and dinner earlier is an easy way to adapt this diet to your daily routine. The dietary guidelines during the “eating window” should be healthy choices and a sufficient quantity.

This means that you’re not going to eat less, but rather condense meals within a few hours of the day. While you’re fasting you can drink infusions, coffee, coffee with milk, broth, or water.

Intermittent fasting is effective for weight loss and for improving body composition. Research and studies have also reported other metabolic and cardiovascular benefits. This translates to a decrease in the occurrence of certain diseases.

Of all the diets compatible with science, the vegan diet is surely one of the most well known. Although it has some opposition and has been surrounded by some controversy, nowadays there’s no doubt that this diet can provide an adequate supply of nutrients and is a safe eating pattern.

Proof of that is the position paper on vegetarian and vegan diets from the American Academy of Nutrition and Dietetics, which specifies that:

“Appropriately planned vegetarian, including vegan, diets are healthful, nutritionally adequate, and may provide health benefits for the prevention and treatment of certain diseases.”

The Spanish Association of Dieticians-Nutritionists has also adopted this stance. Furthermore, according to a study published in the journal Nutrients, following a vegan diet correlates to a lower risk for conditions such as:

The low-FODMAP diet is a therapeutic diet specifically indicated for people who suffer from irritable bowel syndrome. It’s not a diet that cures disease, but it does improve the symptoms and physical discomfort associated with IBS.

In the beginning stages, it’s a fairly restrictive diet. For this reason, it’s essential to follow it under the supervision of a professional dietician to avoid possible nutrient deficiencies. It comes from Monash University in Australia.

This diet has been shown effective in reducing the following symptoms of irritable bowel syndrome:

For this reason, it’s the first recommended therapeutic protocol for this disease.

Discover more: What Exactly is the FODMAP Diet?

The low-carb diet is based on reducing carbohydrate consumption, typically below 40% of total calories consumed. Although the goal is always to lower the number of carbohydrates consumed, there’s not a clear consensus on what percentage qualifies as a low-carb diet.

We shouldn’t confuse a low-carb diet with a ketogenic diet. Ketogenic diets are extremely low in carbohydrates. Although they can be beneficial in certain cases, they should be supervised by a doctor.

Carbohydrates should come from vegetables, legumes, and whole grains while eliminating or restricting the consumption of refined flour and added sugars.

In the majority of studies that have been conducted, low-carb diets give better results for weight loss than low-fat diets typically do. In the beginning, weight loss occurs that’s related to the loss of water. Meanwhile, adhering to the diet also produces a decrease in body fat.

There are some diets with proven health benefits

Now that you know about these 5 diets that are compatible with science, all that’s left is to remember that although these diets give results and are backed by science, it’s always recommended to turn to a dietician to follow any diet in a safe and regulated manner.

Five Diets Comparable to the Mediterranean Diet
Are you looking for more diet options? Read this article to learn about five diets that are just as healthy as the traditional Mediterranean diet. Read more »
Link copied!
Interesting Articles
Healthy diets
The Key to Eating Well