There are five common hydration mistakes. Believe it or not, it's very easy to fall into these habits without realizing it. 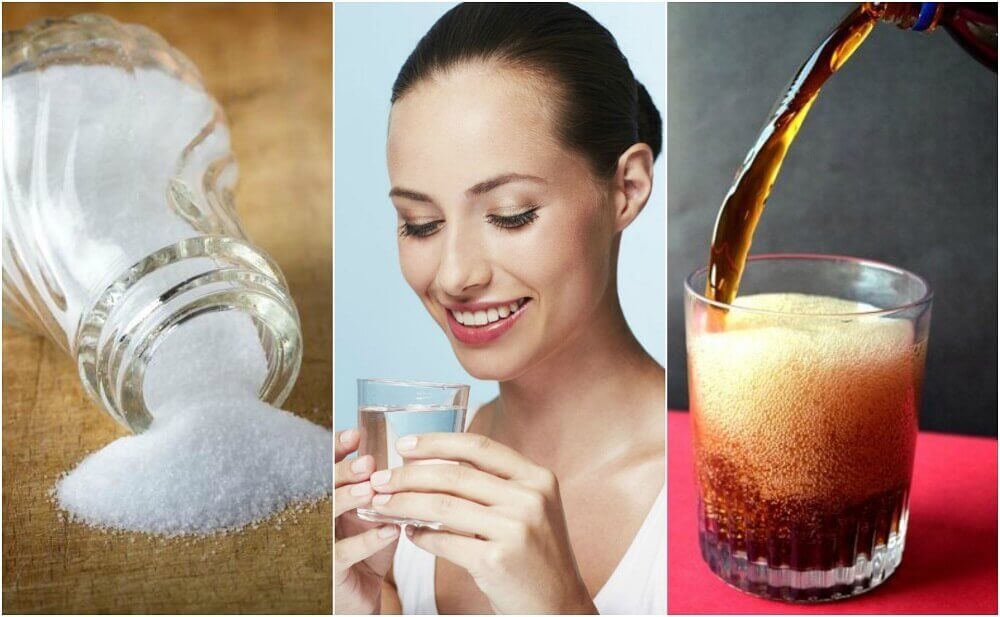 To maintain a good quality of life and avoid getting sick, you should make sure that you’re drinking enough fluids. Although many people overlook this fact and make hydration mistakes, the correct fluid intake is imperative so that all of your organs function properly.

A dehydrated body begins to show failure in its main functions. This can lead to just as many physical issues as mental ones. The thing is, in addition to drinking enough water, keeping hydrated depends on other factors that many people usually forget.

It’s true that one of the main recommendations from doctors is to watch your sodium consumption. A diet rich in this mineral can cause chronic problems with liquid retention and chronic hypertension.

However, this doesn’t mean that it’s an enemy and that it should be completely excluded from your diet. Too little of it can also cause counter-productive effects.

2. Drinking Too Much Water

While not drinking enough water can surely cause dehydration, drinking too much water can also bring you negative effects.

Drinking too much water or too much of any other liquid can overload the urinary system and increase your risk of inflammatory problems and infections.

Your body isn’t prepared to process anything in excess, even water. The quantity of water that’s right for you depends on your age, weight, habits, and the weather.

3. Not Having Enough Magnesium and Potassium

People that practice a sport or that workout or do any other physical activity that exerts energy should worry about having the right amount of magnesium and potassium.

These essential minerals play an important role in hydrating your body and in muscular health. Being deficient in it can impede proper hydration of your cells and the balance in electrolyte levels.

If you’re lacking either mineral, there is a higher chance that you’ll suffer from muscle cramps, pain, and other symptoms of dehydration.

A large number of people think that you can hydrate your body by drinking soft drinks or sugary fruit juices.

Although they may quench your thirst, their components are far from healthy for your body.

5. Not Paying Attention to the Signs of Your Body

Sometimes, you may think that you’re hydrating yourself well, but in reality, you’re not. There are many factors that take part in this process, and because of them, it’s no wonder that when faced with a slip-up, you can reach a certain level of dehydration.

The thing is, although your body sends you many signals, you may not always pay attention to them or understand what they are trying to say.

The most worrying is when you allow them to grow and worsen, and you finally realize that there is a problem after it has already caused significant damage.

If these symptoms appear, it’s important that you drink a sports drink in small but frequent sips.

After this, you should begin a moderate and gradual hydration plan. You shouldn’t overdo it and overload your stomach with liquid.

Did you realize that you have made some of the hydration mistakes mentioned above? If so, try to fix them as soon as possible so that you don’t suffer the consequences that were listed.

Keep in mind that if you practice a sport or work somewhere where you exert a lot of energy, you should reinforce your hydration plan to ensure that you’re keeping your body properly hydrated. The same applies if you’re suffering some kind of sickness.

The Consequences of Dehydration
Water is probably the single most vital substance for our body. So, what are the consequences of dehydration? What happens if you don't drink enough water? Read more »
Link copied!
Interesting Articles
Did you know?
New Year's Traditions Around the World