Empathetic people are able to listen without just thinking about the next thing they're going to say. All they want is to understand the people around them. Are you an empathetic person? 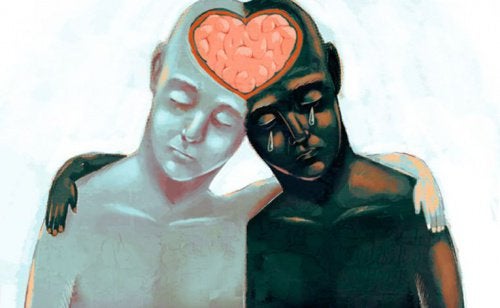 Empathy is a useful social tool for the environment you live in. With empathy, you can connect more deeply with the people around you.

Even though this ability is unique to humans, not everyone develops it equally. Some people seem to be more naturally empathetic than others. They don’t have to work at it at all. But that doesn’t mean everyone else is stuck: it just means you need to work more to achieve this skill for human connection.

In this article, we’re going to tell you the main characteristics of empathetic people:

1. They truly listen to what other people are saying

Empathetic people listen to every word in a conversation. The real difference between them and other people is that they truly give their full attention. An empathetic person doesn’t listen just to say something back. They’re genuinely interested in what you have to say to them.

It might not sound all that important, but paying attention while listening is a gift you give to the person you’re talking to.  It’s also a difficult skill to gain.

Most of us don’t usually give our full attention. The normal thing is to listen so you can say something back or debate an issue. The problem with this is that the connections you create with other people aren’t as strong.

Empathetic people will even reply to what you say with body language, using their whole body. It’s easy to figure out that they’re paying attention to what you’re saying. They show it with their gestures, energy, and posture.

As children, people instill in us the idea that asking too many questions is a bad thing. But the reality is actually quite different. There are certain things that you shouldn’t ask until you get to a certain point in a relationship, that’s true. Still, that doesn’t mean that you shouldn’t ask anything at all.

Empathetic people don’t believe that. They get carried away by their curiosity about another person’s habits, experiences, and knowledge.

So, the next time you talk with someone, ask them about their interests, dreams, and goals. This is a great exercise to develop empathy. It will also make you see reality from their point of view for a moment.

3. They put their opinions to the test

Empathetic people don’t blindly maintain the same opinions their entire lives. Instead, they listen and ask.

They understand that there isn’t just one answer to everything, and that everyone has their own motives. They aren’t interested in being right all the time, they prefer to debate and exchange ideas.

At the end of this process, it isn’t unusual for them to change their opinions or adopt some of yours. But don’t misunderstand, they don’t do it to make you like them.

If they change their opinions, it’s because they really believe something.

To be more empathetic, talk with people who think differently than you on certain subjects. Listen to their ideas and give yours.

The most important thing is this process is that you don’t try to convince anyone that your ideas are right. Just listen.

4. They’re careful about what they say

The words you use are as important as listening.

Read more: 7 Toxic Words that You Should Stop Using

Empathetic people understand that words are a weapon that can save people or hurt them. Because of this, they’re very careful about what they say.

When they speak, they do it without judging, demanding, or pointing things out. This even means that they’ll ask if they can give some advice before sharing it.

We don’t always know how to tell the difference between helping and demanding. So, when you’re talking with someone who’s going through a hard time, it’s important to use phrases like “I can’t imagine that” or “How can I help you?”

That way, the other person will feel that you really understand and that you aren’t judging them.

5. They understand that everyone needs to be treated differently

Empathetic people understand that the saying “treat others the way you want to be treated” isn’t a rule. Not everyone wants to be treated the same.

Being empathetic means letting go of your arrogance and pride. It also means accepting that there’s more than one way to be right.

Sometimes, we let go of someone because of a single attitude or experience. We don’t think about the story behind their actions.  Maybe this was an insignificant experience for you, but for them, it could might a major emotional weight.

This doesn’t mean that empathetic people don’t make decisions or say what they want. Just the opposite: they explain what they feel or want, but they always keep their listener in mind.

After reading all this, do you think you’re an empathetic person? Would you like to be one? Try and put these characteristics into practice!

Do You Have an Empathetic Partner? 5 Clues to Find Out
If we have an empathetic partner, we'll be able to be ourselves at all times and we won't be afraid of their possible reproaches if we show how we feel. Read more »
Link copied!
Interesting Articles
Sex
Do You Know the Dangers of Stealthing?